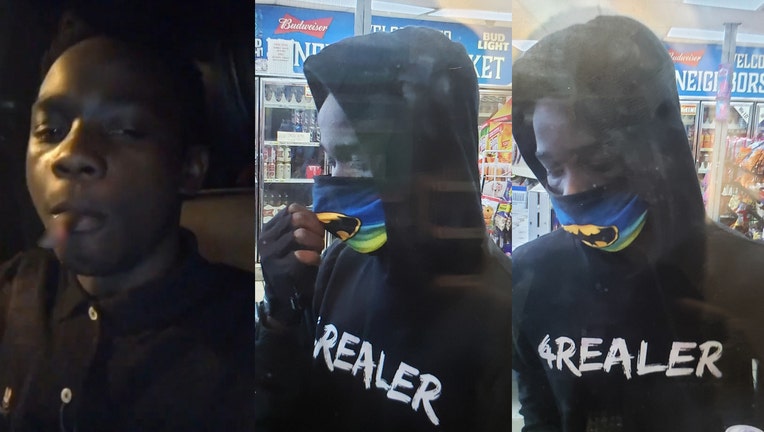 Police released these photos of a young man they call a suspect in an armed robbery of a business in the Washington Park neighborhood on Nov. 10. (Atlanta Police Department)

Those men entered a neighborhood market located at 132 Joseph E Lowery Blvd. NW at the corner of Mayson Turner Road NW on Nov. 10. Atlanta police said one of the men grabbed cash off the counter and fled the store in a white SUV with a New York license plate.

Tuesday, police released three photos showing one of the suspects.

Anyone with information in the case is asked to call the Atlanta Police Department or Atlanta Crime Stoppers at 404-577-TIPS (8477). Tipsters can remain anonymous and could earn up to a $2,000 reward.