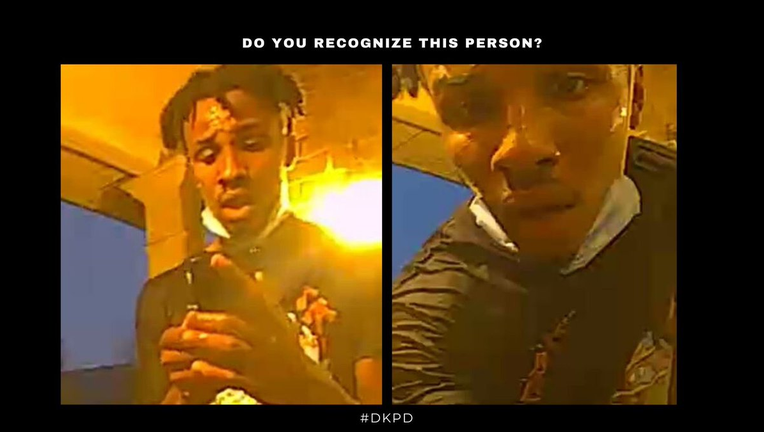 This composite photo released by police shows a man who investigators call a person of interest in a deadly shooting at the Stonecrest Walmart. (DeKalb County Police Department / Supplied)

STONECREST, Ga. - Investigators in DeKalb County have released surveillance images of two men police are calling persons of interest in a deadly shooting at the Stonecrest Walmart.

The video shows a man approaching a home, ringing the doorbell before knocking. Police also released a photo of two men entering Walmart. Police said the man in gray hoodie seen inside the store is the same man since on the doorbell camera.

The DeKalb County Police Department released this video of a shooting that happened April 19, 2020, at Stonecrest Walmart.

The shooting happened Sunday night at the Walmart located in the 5400 block of Fairington Road, just off of Panola and the Interstate 20 exit ramp. The victim, 22-year-old Jeremiah Smith, was rushed to an area hospital but later died. 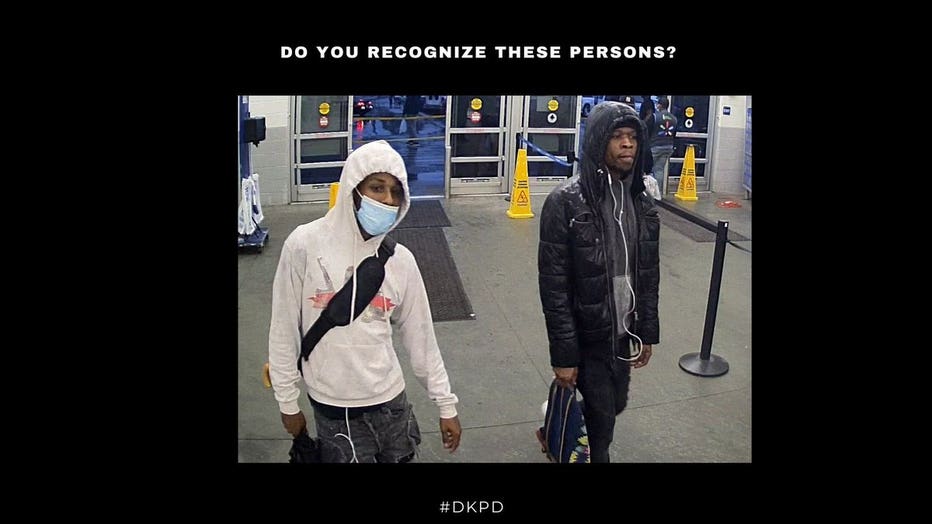 Police released this image from the Stonecrest Walmart of two persons of interest in a deadly shooting on April 19, 2020. (DeKalb County Police Department / Supplied)

Police believe it started with an argument but quickly escalated into gunfire.

A dark-colored Chevy sedan could be seen roped off with police tape at the front entrance to the store. Police haven't said how the vehicle is connected to the case. 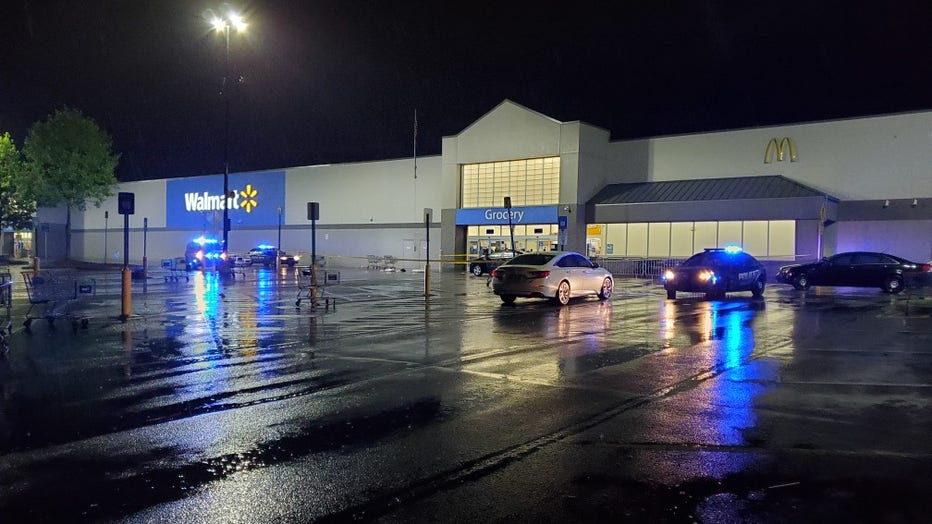