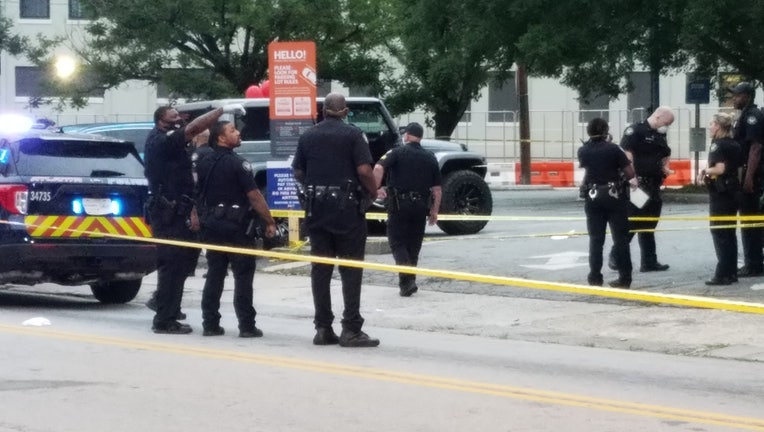 ATLANTA - Three people, including a pregnant woman, were injured in a drive-by shooting just blocks away from Atlanta City Hall on Tuesday evening, police said.

It happened along Trinity Avenue SW near Forsyth Street SW around 7:47 p.m. Atlanta police said two men and a pregnant woman, were shot multiple times from an SUV. The wounds were mostly to the victims' legs and upper torsos, police said. All three were alert, conscious, and breathing as they were being rushed to an area hospital.

Investigators said they are searching for a gray SUV that had several armed men inside. Police said those men opened fire on the victims from the SUV before fleeing the scene. The descriptions of the men were not immediately available.

The names of those injured have not been released.

The location of the shooting is on the same street and within six blocks of Atlanta City Hall.