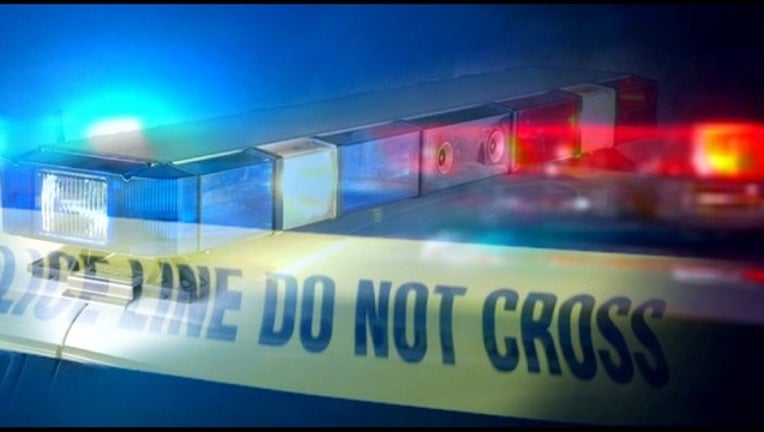 HOLLYWOOD, Ala. (AP) - Broke and pregnant after a childhood her grandmother describes as a nightmare, police say 19-year-old Mekenzie Leigh Guffey sought help from the place that many young mothers-to-be turn to in Alabama's rural, northeastern corner: A social worker.

That decision helped land her in jail on charges of having sex with a 14-year-old boy. She's accused of rape and other offenses.

Police Chief Jason Hepler said he got wind of an illicit relationship between the two from the Alabama Department of Human Resources, which was notified after Guffey sought assistance through a Medicaid program that assists area women. Guffey was jailed within days.

Living through a rough childhood doesn't make up for having sex with a juvenile, Hepler said, and the young woman showed little sign of shame.

"Apparently she did a lot of bragging," he said.

But the arrest devastated Peggy Thompson, the maternal grandmother who raised Guffey from age 11. Sobbing throughout an interview at her home in Scottsboro, Thompson was so choked up she could barely speak about her granddaughter.

Thompson said the young woman spent her early childhood moving between flea-bag motels, short-term apartments and at least one mobile home with parents who abused drugs and left her to raise her younger brother before splitting. The children often went hungry and dirty despite Mekenzie's best efforts, she said, and the girl was covered with lice and bug bites when the kids went to live with their grandparents for good.

Things were looking up for the teen last year after she graduated from high school and got a job in a rug plant, Thompson said, but Mekenzie seemed to fall apart after her beloved grandfather, Gilbert Thompson, died Aug. 25. Hurt on the job and unable to work, Mekenzie was eager for companionship and may have fallen for a boy who looked a lot older than 14, Thompson said.

"She was just looking for someone to hold on to," Thompson said. Thompson said she recently met the boy, and the "huge" teenager appeared to be just another of Mekenzie's friends since they weren't "touchy-feely or anything."

Free on bonds totaling $45,300, Guffey was declared indigent and given a court-appointed lawyer, James Mick. He declined to comment on details of the case, citing the age of the alleged victim.

"I can state that I intend to defend my client with the utmost and strongest defense possible," Mick said.

Court records in Scottsboro, about 120 miles (193 km) northeast of Birmingham, show Guffey's parents, John Richard "Ricky" Guffey and Shannon Guffey, separated when Mekenzie was around 10 and divorced in 2014.

In the meantime, both parents had multiple scrapes with the law; Ricky Guffey for drugs, and Shannon Guffey for charges that included credit card fraud and theft. The father is imprisoned on six drug charges, state records show, and the mother went to prison in 2015 after testing positive for methamphetamine while in a community corrections program after a conviction for credit card fraud.

Freed last fall, Shannon Guffey has had only limited contacted with Mekenzie through the years, the grandmother said. Shannon Guffey didn't respond to Facebook or text messages seeking comment.

In a county with what state statistics show is Alabama's third-highest teen birth rate, friends of Mekenzie didn't condemn her when she used Facebook on March 2 to post a photo of her positive pregnancy test with the message: "i found it a lot easier to announce it on here than texting all my family & friends individually, but welcoming my sweet little baby October 17th!"

One friend wrote: "Congrats." Said another: "You better stay healthy and be very careful! Being pregnant isn't as easy as it seems!" The Facebook page has since been shut down.

Police said that in early March, the young woman sought government assistance from a social worker. Finding out the father of her unborn child was 14 and bound by laws that require social workers, teachers and others to report suspected abuse, the person contacted Human Resources, which Hepler said then contacted police.

An investigation found the two teens - who Hepler said appear to be closer in age than they really are - met through a mutual friend at a McDonald's fast-food restaurant and began dating; they soon were having sex regularly in her car. The father's name isn't included on court documents, and police haven't released it.

Apparently feeling isolated and dealing with morning sickness, the young women posted on Facebook last week: "for ALL of my family that's shut me out and not even called to check on me or how i feel, please don't expect to be in my baby's life."

Police arrested her the next day on felony charges that include second-degree rape, sexual abuse, enticing a child for immoral purposes, traveling to meet a child for illegal sex acts and obscenity, for nude images allegedly found on her and the boy's cellphone. She was freed on bond Monday.

Peggy Thompson said her granddaughter did wrong if police are right about what happened, but she believes the teen had little chance for a normal life based on her troubled childhood.

"It's a slow brew before something happens, and with Mekenzie it blew up," she said.