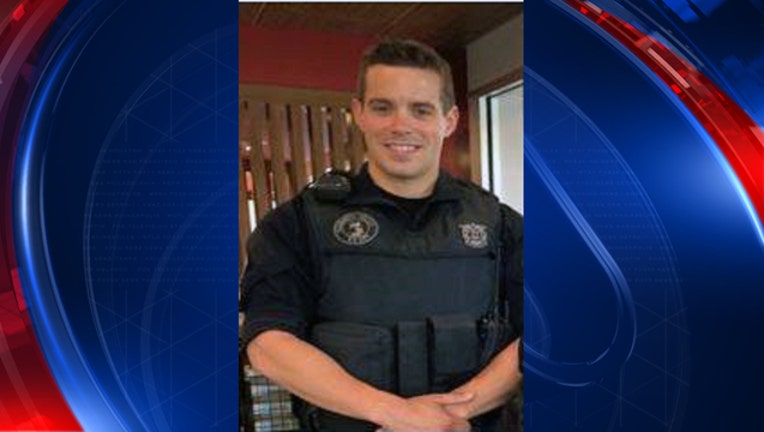 BARNSTABLE, Mass. (AP) - A K-9 officer has been shot and killed while serving a warrant at a Massachusetts home and a suspect has been taken into custody.

State police say 32-year-old Yarmouth Officer Sean Gannon was shot Thursday afternoon in Barnstable, on Cape Cod. He was taken to a hospital, where he was pronounced dead. Gannon was among the officers serving an arrest warrant at the home.

The suspect, 29-year-old Tom Latanowich, of Somerville, was taken into custody after a standoff with police. Authorities say he will be charged with murder.