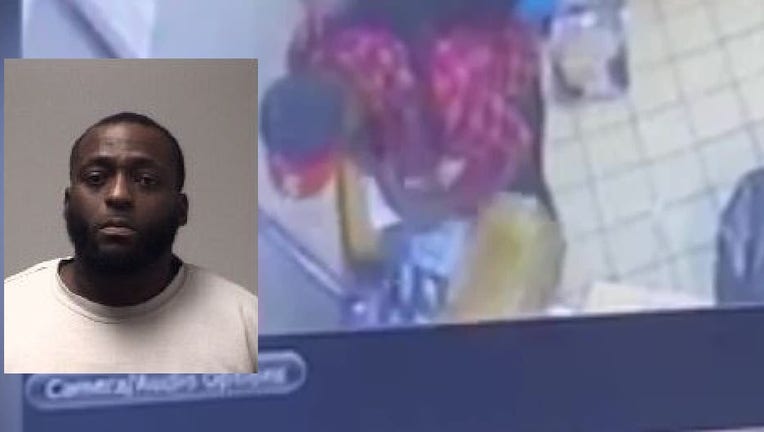 HOGANVILLE, Ga. - Georgia police officers have arrested a man accused of stealing thousands of dollars worth of lottery tickets.

After FOX 5 reported on the warrant out for Michael Coxton's arrest Monday, officials say they got a call from the suspect's mother.

Coxton was arrested by Hogansville police at a motel Monday night.

According to Coweta deputies, Coxton was caught on camera in the back room of a RaceTrac convenience store in Newnan allegedly stealing a big box of lottery tickets.

A video showed a man in the back room of a RaceTrac convenience store stealing a box of lottery tickets. The total value was $8,472. The tickets hadn't been scanned, so they were basically useless.

"Various types of scratch off lottery tickets in different denominations - pretty much any lottery ticket you could play in the state of Georgia was in that box," a Coweta County Sheriff's Office spokesman told FOX 5's Doug Evans.

The total value of the tickets was $8,742. Investigators say the box had just been delivered and video showed Coxton entering a back door to the store and grabbing the box, perhaps not even knowing what it was.

Deputies say Coxton couldn’t play the tickets because they hadn’t yet been scanned into the system. So even though he had $8,000 worth of lottery tickets, he couldn't win anything.

Investigators have the tickets back after law enforcement in Meriwether County seized them from Coxton during an investigation of a dispute between him and woman there. But, Coxton disappeared before they could arrest them.

It is not known what Coxton will be charged with.