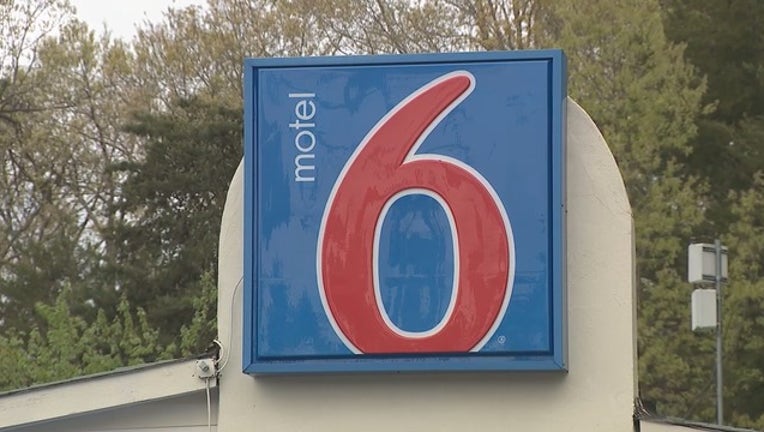 DALTON, Ga. (FOX 5 Atlanta) - A man is dead after police say he was shot after allegedly trying to force his way into a motel room he thought was too noisy Saturday morning.

Dalton police say they were first called to the Motel 6 on the 2200 block of Chattanooga Road by the man, who would later be shot, over a noise complaint.

The man told police that he was staying in a first-floor room at that the room above his way being too loud, but when officers arrived they say they found the room's occupants asleep and no evidence of any noise.

A slight time later, the man called again to complain about the noise coming from a different room. That room was found to be vacant, police said.

At around 3:20 a.m., witnesses told police the man still believed that was a noisy room above him and decided to confront the occupants.

According to police, the man banged on the door, threatened the occupants that he was going to "f*** them up," and tried to force his way it.

It was then police say, that the armed occupant of the room shot the alleged intruder multiple times. The man was pronounced dead at the scene.

The names of both the shooter and the deceased man have not been released at this time. Investigators said they believe the shooting may be determined in self-defense and that the shooter is cooperating in the investigation.

If you have any information on the incident please contact Detective Scott Murray at 706-278-9085 extension 9148.