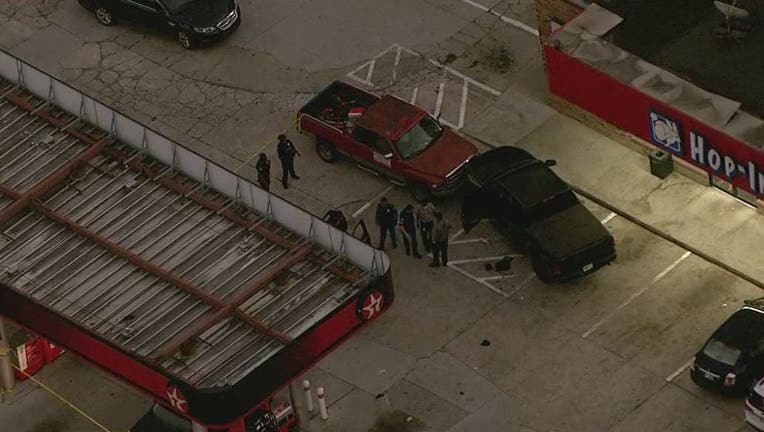 Police investigate a shooting at a gas station along Donald Lee Hollowell Parkway NW in Atlanta on Nov. 9, 2020. (FOX 5)

ATLANTA - Police are investigating after shots were fired at a northwest Atlanta gas station.

It happened at the Texaco located at 2795 Donald Lee Hollowell Parkway NW near the corner of Kings Grant Drive NW. Atlanta police said a man attempted to steal a running vehicle at the gas station.

As he tried to get away, he crashed and the vehicle owner confronted the suspect, police said, and a fight broke out between the two.

The suspect pulled a handgun and several shots were fired, but police said no one was struck by the gunfire.

Police said they have taken the suspect into custody, but his name has not been released.