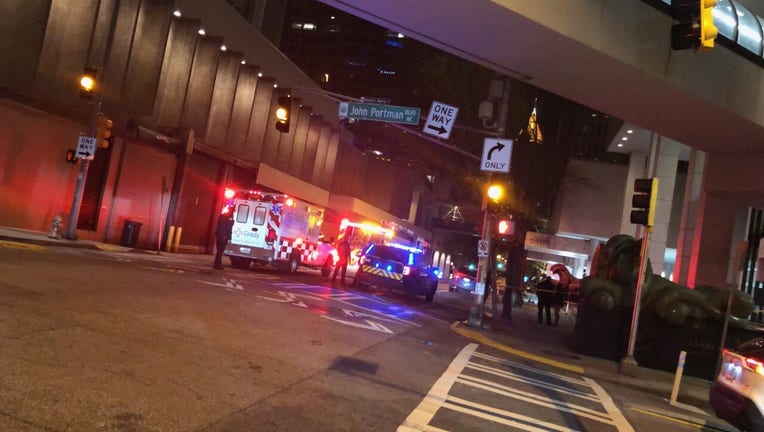 ATLANTA - Police have arrested a man after an accidental shooting in downtown Atlanta that sent him and a woman to the hospital.

The Atlanta Police Department said officers were called to the 200 block of Peachtree Center Avenue after reports of a person shot around 1:20 a.m.

When they got to the scene, officers found 20-year-old Laderrion Benjamin and 26-year-old Amber McKenzie suffering from gunshot wounds.

According to investigators, Benjamin was sitting next to McKenzie when his firearm accidentally went off, hitting both of them.

Medics took both victims to a nearby hospital for treatment. Officials say both were alert conscious, and breathing.

During his recovery, officers arrested Benjamin and charged him reckless conduct.