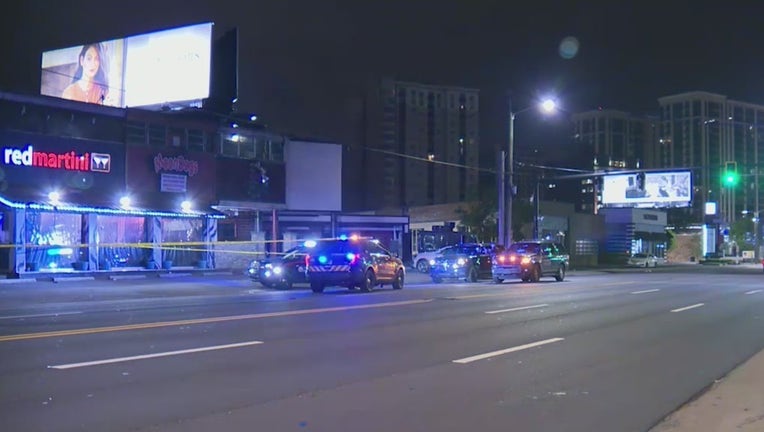 BUCKHEAD - Police in Atlanta said two people were injured in a possible gunfight outside a Buckhead bar.

Police said officers responded to a call at 2:52 a.m. of people shot near 3179 Peachtree Road.

Police found one man with multiple gunshot wounds and saw to it that he was taken to a hospital.

While on-scene, officials said officers learned of a second man with gunshot wounds who took himself to the hospital for treatment. Officers interviewed the second victim at the hospital.

Preliminary investigation indicates a third person appeared to be involved in the incident and could possibly be the shooter. The investigation remains ongoing, police said.

There has been no word from police on any charges.