Police said the victims' injuries were not life threatening. Some victims may have driven themselves to a hospital.

ATLANTA - Police are investigating a shooting incident near Marquette Lounge on Monday morning off of Joseph E. Boone Boulevard in Atlanta.

Police said five people were shot near a restaurant and lounge on Joseph E. Boone Boulevard near the intersection of Oliver Street.

Poice said the shooting is not fatal. Police said some victims were placed in an ambulance while others drove themselves to a hospital.

Witnesses at the scene said there was an altercation that led to shots being fired. Police confirmed the shooting may have stemmed from a physical altercation at the lounge.

People at the lounge ran across the street to call 911, police said. The suspected shooter left before police responded at around 6 a.m. 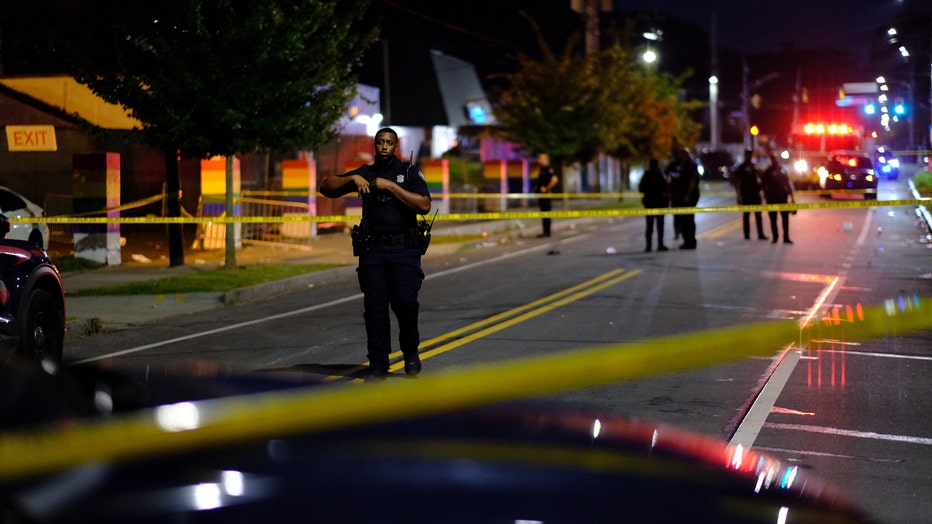 Police said multiple people were shot near a restaurant and lounge on Joseph E. Boone Boulevard and their injuries were not believed to be life-threatening. (FOX 5 Atlanta)

Police were placing and picking up evidence markers on Monday morning. Officers were interviewing witnesses at the scene at around 7 a.m.