Police are investigating a deadly shooting in northwest Atlanta that was caught, in part, on social media.

Major D'Andrea Prince with the Atlanta Police Department said officers were dispatched to the 700 block of Alfred Road NW shortly after receiving a 911 call around 5:20 p.m.

Police said officers arriving at the scene found a man suffering from an apparent gunshot wound. Those officers worked to try to render aid to the victim, but the man’s injuries were too extensive.

"At this time we’re still looking at everything as far as what happened at this location. But we are understanding that it’s domestic in nature. We have people down at our headquarters where we are actually taking statements at this time," Major Price said.

Price said the victim lived at the home where the shooting occurred but would not confirm if anyone else was living there.

Homicide investigators spent the evening combing over the home, talking to neighbors, and trying to piece together what lead up to the deadly shooting.

FOX 5 spoke with the victim's estranged wife. She said a video of the shooting was recorded and posted on social media.

She was overcome with emotion as she cried and showed us the video. 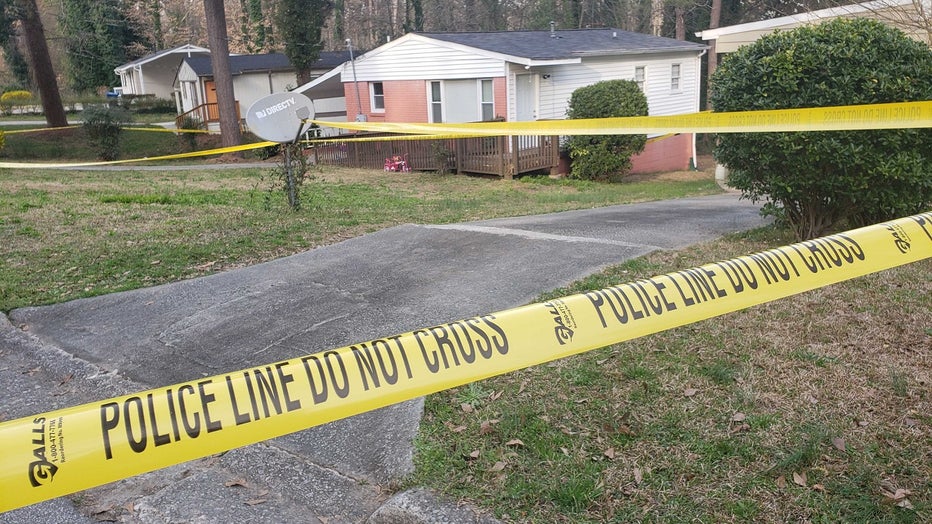 Police investigate a deadly shooting at a northwest Atlanta home on March 12, 2021.

Information on a possible shooter was not available.

The name of the deceased man has not been released.

Anyone with information about the deadly shooting is asked to call the Atlanta Police Department.