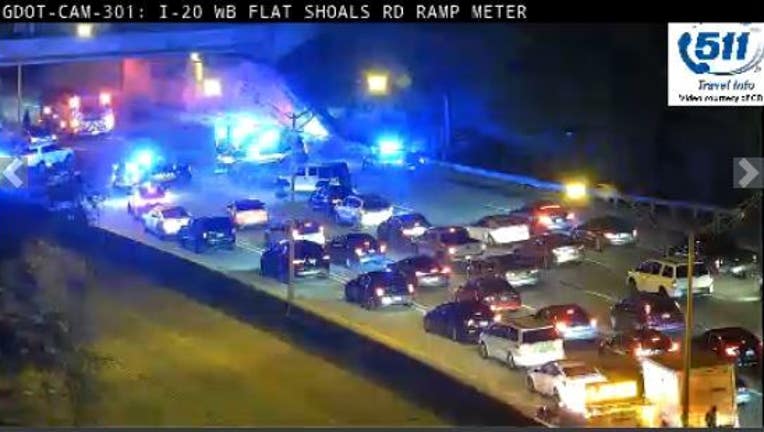 ATLANTA - A homeless man is in critical condition after police say he was hit by a vehicle on Interstate 20 early Thursday morning.

Atlanta police officers say they were called to the eastbound lanes of I-20 near Fayetteville Road after reports of a person struck by a vehicle.

At the scene, officers found the unidentified adult man with a major injury to his leg.

Investigators say the man, who is described as being homeless, was walking on the highway when he was struck.

Medics rushed him to a nearby hospital in critical condition.

Police say the driver remained on the scene and they do not anticipate filing any charges.

The crash caused the interstate to be blocked for a few hours Thursday morning. It has since reopened.