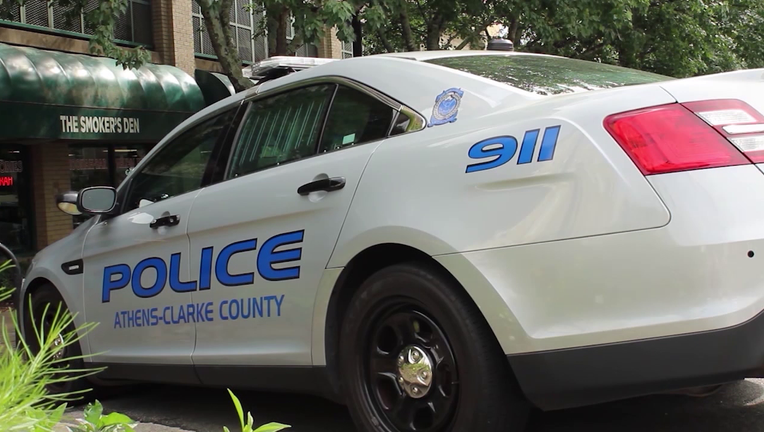 ATHENS, Ga. - Athens-Clarke County police are searching for the man accused of stealing thousands of dollars from people who believed they were helping him.

From late 2020 until this month, investigators have received reports of someone asking to borrow a cell phone, then using that phone to access bank apps.

FOX 5's Alex Whittler spoke to victims who didn’t want to be identified because the crimes have all been documented in the same area in which they live.

Athens police say they have reason to believe the same man duped people out of thousands of dollars, but as of right now they don't say the suspect is dangerous.

"As humans we kind of naturally have a desire to want to help people in need," Lt. Shaun Barnett said. "Unfortunately there are people who'd want to take advantage of that."

Athens-Clarke County police say several people have taken the bait, thinking their compassion will help someone in need.

In the end, the lender is the one calling the police.

The most recent victims fell prey to the scheme around college housing on Milledge Avenue and Riverbend Parkway on March 18.

Around 5 p.m. Thursday, police say a man asked to borrow a 22-year-old's phone as he waited in his car.

"Once in possession of the cell he'll call, no one answers. He then says he'll text people. While it appears he's texting, he's actually accessing their payment accounts and transferring money from one account to another," Barnett said.

The victim says the suspect got agitated when the young man asked for his phone back.

Hours later, he noticed more than $1,500 was missing from his account.

Another fell victim to the plot an hour later. That time, the thief wired $2,400.

Both happened in mid-March.

"The timing of that is peculiar in relationship to stimulus checks," Lt. Barnett said.

Three other thefts happened around the end of 2020.

Police say these crimes are preventable.

"You can always offer to make a call or text for them rather than unrestricted access to your phone," Barnett said.

If the person in question insists, police say that's a red flag. You can also make sure to log out of your accounts before offering your device.

If you have Ring doorbell footage of any of these crimes or know anything that could help lead to an arrest, please contact Athens-Clarke County police.