The driver of an SUV which crashed head-on into a Gwinnett County school bus may have suffered a medical emergency, police say.

GWINNETT COUNTY, Ga. - Police in Gwinnett County believes a driver who died after striking a school bus head-on on Wednesday afternoon may have suffered some sort of medical emergency prior to the crash.

It happened near the intersection of Pucketts Mill and Hamilton Mill roads. Gwinnett County police said an SUV and special needs school bus were involved.

The driver of the SUV, identified by police as 80-year-old Darwin McEntyre, was pronounced dead at the scene, police said. 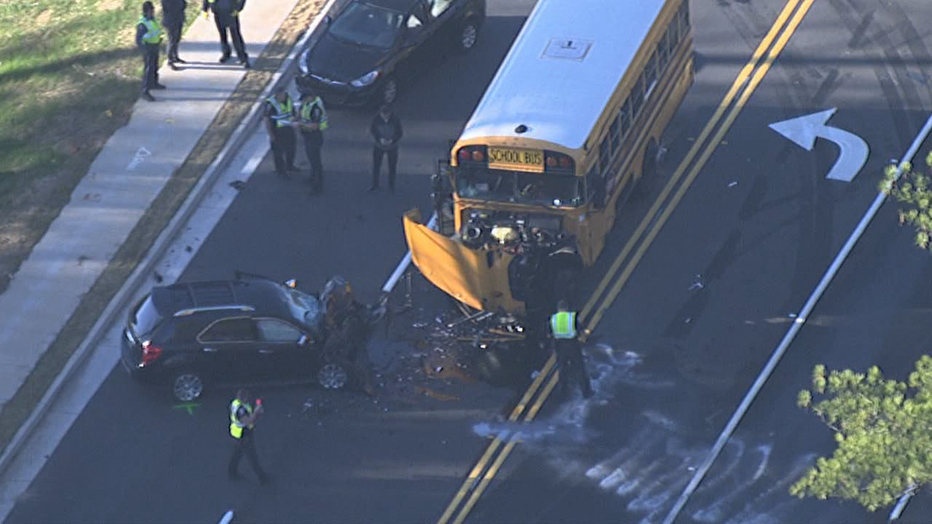 Officials with Gwinnett County Schools said the bus driver, the monitor, and five children on board at the time of the crash were not injured. A second school bus was brought in to take the children home. The school bus was servicing children from Ivy Creek Elementary School.

Police were asking commuters to avoid the area due to the crash.