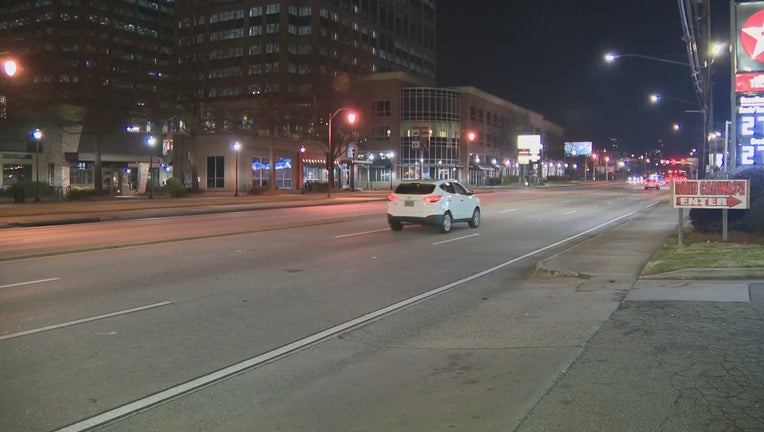 A look at Piedmont Road in the Lindbergh district of Atlanta after a carjacking on Feb. 24, 2021. (FOX 5)

ATLANTA - Multiple people were detained by the police after a man was carjacked at gunpoint in the Lindbergh district in Buckhead on Wednesday evening, Atlanta police confirmed.

It happened in the 2300 block of Piedmont Road NE near Lindbergh Way NE around 7:10 p.m. The victim told Atlanta police, multiple men took his Dodge Charger at gunpoint.

The victim also told investigators his car was being followed by additional suspects driving a dark-colored Chevy Impala.

Within minutes, officers spotted the Charger and contacted the APD air unit which tracked the car. It followed the car for about 20 miles to the area near Penwood Place in DeKalb County, police said. APD officers, being assisted by the DeKalb County Police Department, detained several suspects.

Officers were also able to track the Impala to the area, detaining additional suspects.

Police said several males were detained, but it was not immediately clear if any arrests were made.

The names of those detained have not been released.

There were no reports of injuries during the carjacking incident.