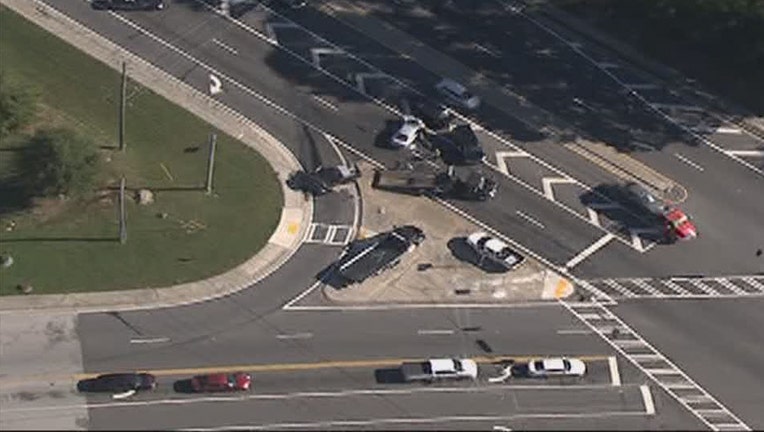 DEKALB COUNTY, Ga. - A wreck in Lithonia left a man dead on Tuesday morning, according to DeKalb County Police investigators.

Police have not identified the man.

SKY FOX 5 flew over the scene and found a gray compact car with its front end smashed and a pickup truck that came to a rest in a right-hand turn lane.

Police did not release information about other injuries in the wreck, saying details are limited.