MARIETTA, Ga. - Police are investigating after a Cobb County resident stopped three burglars in their tracks, killing one of them.

According to investigators, late Sunday night at least three people tried to break into a home on Olive Spring Road. officers say a 17-year-old resident opened fire on the intruders. 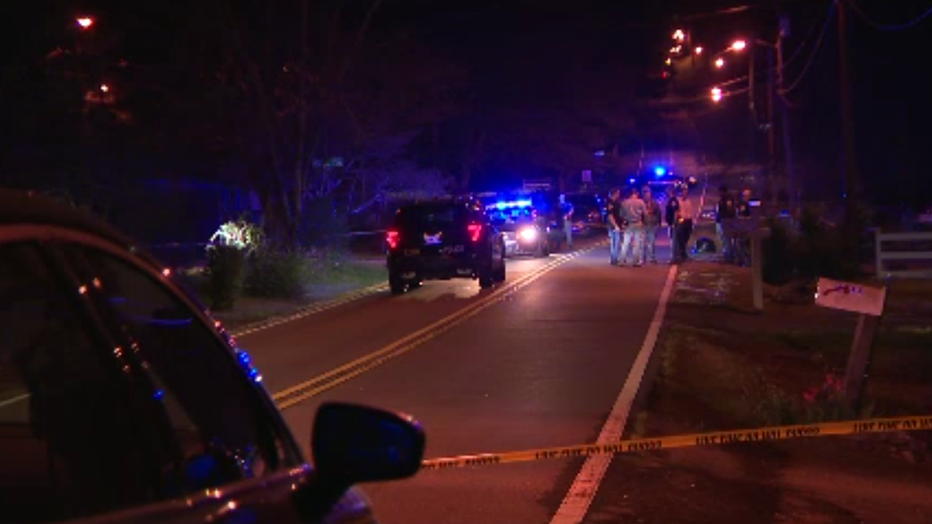 Police block off the street

Two ended up getting hit, one of them, 21-year-old Machavellia Bagsby, died. A 16-year-old initially got away but has since been arrested.

One homeowner shared ring video with us of suspect Tauruss Miller, who is also 21 years old. He rushed to her front door pleading for help after he told her he had been shot.

Police remained at the home throughout the overnight hours. They do not plan to charge the 17-year-old shooter.

A Cobb County homeowner opened fire on some would-be burglars.

Police say Miller and the 16-year-old have been charged with murder, aggravated assault, attempted armed robbery, burglary and possession of a firearm during the commission of a crime.

This deadly shooting remains under investigation and anyone with information is asked to call 770 499-3945 or email cobbpolicecrimetips@cobbcounty.org.