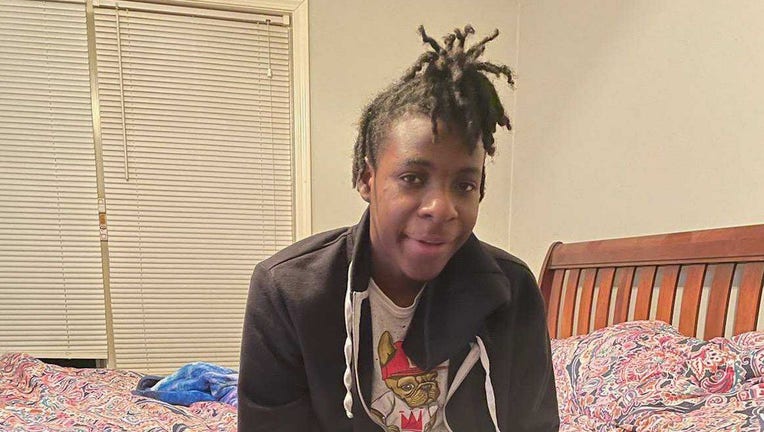 Lawrenceville Lt. Jake Parker said the shooting happened at around 6:30 a.m. in the Saddle Shoals neighborhood off of Spring Lake Road.

Parker said the student, who has been identified as 16-year-old Timothy Barnes Jr. by his family, was shot at a bus stop during an argument.

"Please just stay close to your kids. That’s all I can say," LaToya Nicholson said.

It’s only through support, love and prayers that Latoya Nicholson is able to go on.

"That’s my child. I don’t know what happened or why he did it," Nicholson said.

Family members said a neighbor found Barnes in the middle of the street in the Saddle Shoals neighborhood.

"He had his back turned at the bus stop and he shot him in the head. He never saw it coming,." Nicholson said.

Serar Abdi, 17, is charged with aggravated assault after police said he shot another teen at a Gwinnett County bus stop following an argument.

Police have arrested and charged Serar Abdi, 17, in the shooting. Authorities say Abdi ran back home afterward. He is now behind bars charged with aggravated assault and carrying a weapon. Those charges could be updated if there is a change in the victim’s condition.

"He’s on life support and it’s up to me to take him off life support. He’s brain dead at this moment but they are trying everything they can to keep him here," Nicholson said.

The victim is a sophomore and is the youngest of five kids.

"My son never had any problems with anyone. He neve hung out. He was into sports and school. I never saw this coming." Nicholson said.

It is with a heavy heart that I share the tragic news about a shooting in our community this morning that involved two of our students. I do not have many details at this point, as this situation is still being investigated by the police. I have been notified that a 10th grader at our school has been identified as the victim. The police do have the person responsible in custody, and, unfortunately, the preliminary information I have received is that this individual is also a student at our school. While there are many rumors circulating about the student’s condition, we do not have any confirmed details. That said, this is a grave situation, and our thoughts are with the family of this student.

While this tragic incident did not occur at school, we wanted to make sure you were aware as we know word about this incident is spreading throughout the school and our community. I have shared this information with our faculty this morning so that teachers are aware and can assist students who may be upset and need to speak with one of our counselors. I also have asked that we have additional School Resource Officers on campus today. I felt that our students, staff, and families would feel better with additional security and support at our school.

Again, while this incident did not occur at school, it does touch all of us in the Central community-- our students, families, staff members, and community. As always, we appreciate your support of our students and school and ask that we all be there for each other during this difficult time.