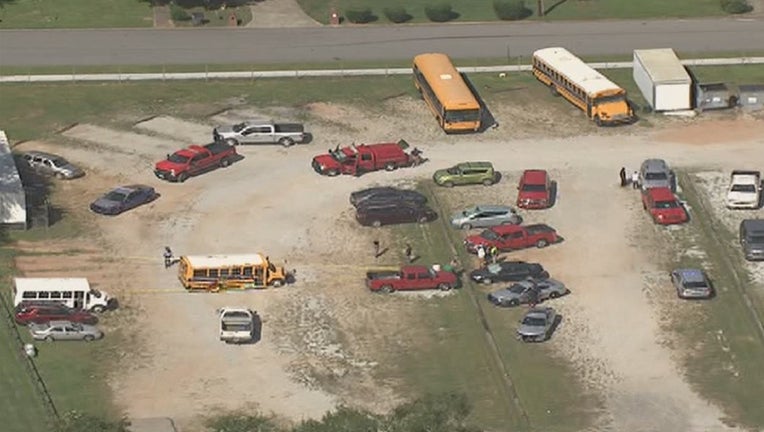 FAIRBURN, Ga. - Fairburn police issued new details in the investigation of a school bus that rolled and killed its driver at Landmark Christian School on Friday.

Police said Friday the driver died while inspecting mechanical issues with the bus. Fairburn Police Department Deputy Chief Anthony Bazydlo said Saturday Bazydlo that police are uncertain if the 66-year-old driver was under the bus when the accident occurred, but investigators know "definitively" that the driver was outside of the bus, and that the bus was in drive, not in park.

"I also want to be clear that there are no signs of foul play in this case," Bazydlo said Saturday. "Everything we have points to this being a terrible, tragic accident."

Bazydlo said the driver "communicated with Landmark about the operation of the parking brake immediately before the accident," but an investigative inspection did not reveal an obvious defect or mechanical failure with the bus.

Police also said Friday no children were "harmed, present, or involved in the accident."

"The Landmark Christian School community mourns the loss of a beloved staff member due to a tragic bus accident this afternoon. No others were involved or harmed. We ask the community to join us in prayer for this family and to respect their privacy during this difficult time. Our hearts are broken as we share in this loss together. The Landmark family will love and support them through this."

"To the family and Landmark Christian School,

"We are deeply saddened to hear of your great loss. Our prayers and condolences are with all who are affected by this tragedy. Please know that we the City of Fairburn are with you during this difficult time."