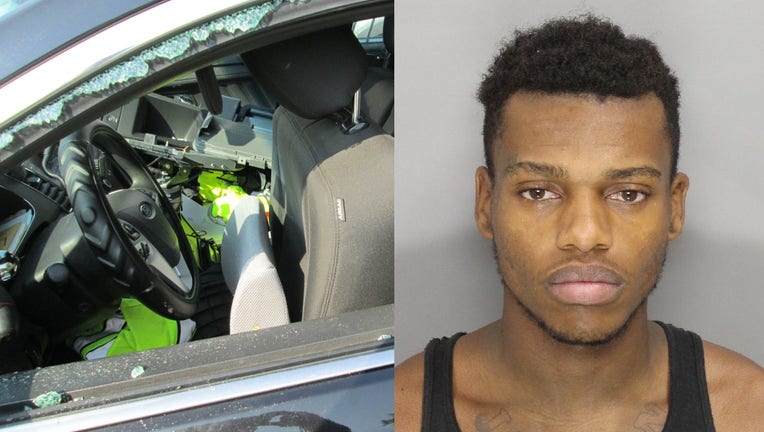 COBB COUNTY, Ga. - Police have arrested an Atlanta man accused of vandalizing and stealing from multiple police cars and other vehicles.

The Marietta Police Department tells FOX 5 that they were called to Pugmire Lincoln Mercury on the 1800 block of Cobb Parkway South on Aug. 7 after reports of the damage.

According to police, four market Cobb County patrol vehicles at the dealership for maintenance had their windows shattered and damage to the car's trunks and interiors.

In one of the patrol vehicles, the suspect had removed a car camera system.

Two other privately owned vehicles that had been left in a secure area also had signs they had been tampered with. All six vehicles had missing personal items.

Using security footage and other evidence, investigators identified the suspect as 21-year-old Yavin Johnson of Atlanta.

On Sept. 4, officers stopped Jackson near Interstate 75 and Delk Road for jaywalking. While talking to the officer, police say Jackson used a fake date of birth. That didn't stop him from being taken into custody, however.

Officials say the suspect already had an outstanding warrant in Atlanta for theft by receiving and obstruction of law enforcement.