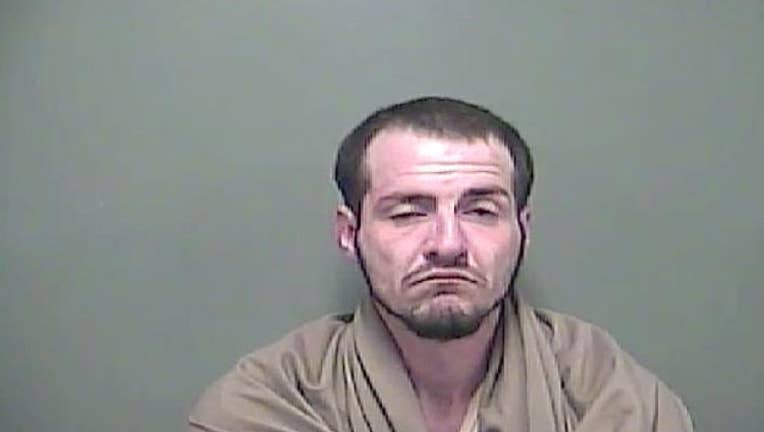 CLEVELAND, Ga. - Police said a man said a Maysville man is in custody after he fled from a traffic stop and caused a collision.

Police arrested Timothy Lott and charged him with felony obstruction and aggravated assault on a peace officer on Tuesday.

At approximately 2:20 p.m. a Cleveland Police Department officer conducted a traffic stop on Highway 11 for an equipment violation, officials said.

The driver, Lott, attempted to leave during an officer's roadside interview, police said. The officer reached into the vehicle to attempt to stop a driver from leaving the scene and was struck by the vehicle as it was fleeing and fell to the roadway, officials said.

The suspect vehicle fled north on Highway 11 and turned onto Donald Thurman Parkway where police say a collision occurred with a vehicle that was stopped at a traffic light.

The vehicle continued on Donald Thurman Parkway, officials said, where it left the roadway and crashed into a wooded area. The driver fled on foot and was apprehended after a brief search.

Georgia State Patrol conducted the accident investigation for the hit and run and is expected to file related charges.