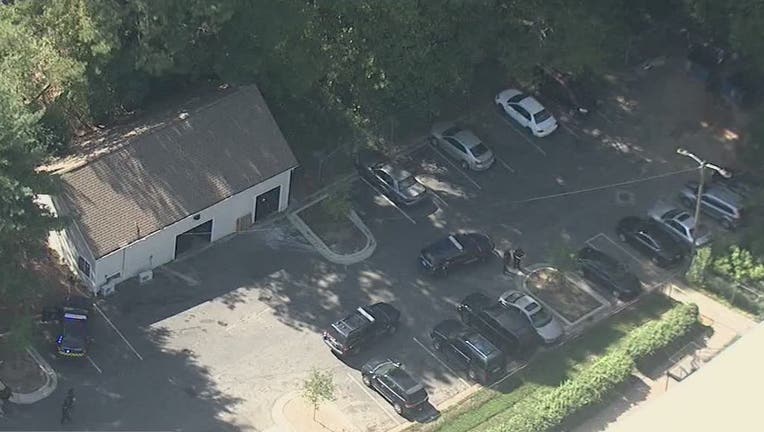 Police say two men were found shot after investigators believe they go into a fight over a woman in northwest Atlanta on Oct. 19, 2020. (FOX 5)

ATLANTA - Investigators believe a fight over a woman led to a shooting that left two men in critical condition.

Atlanta police responded to the 3100 block of Donald Lee Hollowell Parkway around 11:45 Monday morning and found a man with a gunshot wound to his side.

Medics rushed him to the hospital in serious condition.

During the investigation, officers located a second man shot in the chest and arm on Etheridge Drive.

He also went to the hospital in serious condition.

Preliminary reports say the men were in a fight over a woman and it escalated into gunfire.

The names of those involved have not been continued.