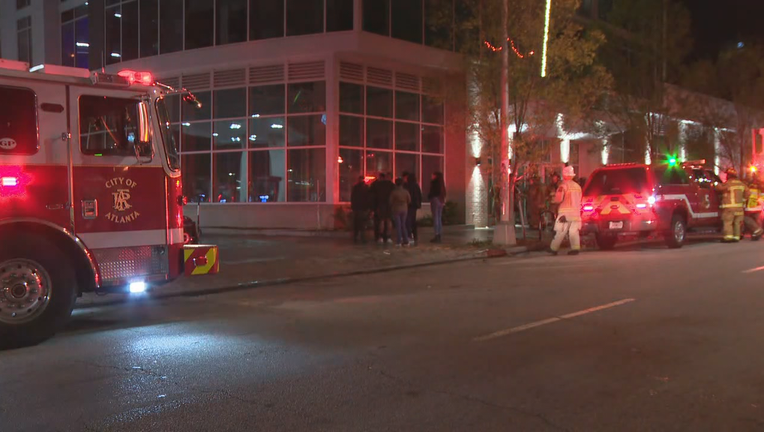 ATLANTA - Two college students have been arrested after a fight led to a burst pipe at an apartment complex in Atlanta early Friday morning.

Authorities were called to a privately-owned student housing complex in the 100 block of Piedmont Avenue shortly after 4:30 a.m. The building is popular for Georgia State University students.

According to Atlanta police, three females got into some type of altercation and onsite security tried to stop the fight. Police said one of the girls, 19-year-old Tamia Robinson, became "combative" and that's when a water valve was ruptured during the struggle with security.

The busted pipe resulted in flooding at the complex and a temporary evacuation from the building.

Police believe a fight led to a water valve erupting

Robinson was detained in the lobby when police said she was confronted by another student and a second fight took place. They were both taken into custody.

Robinson has been charged with criminal damage to property and disorderly conduct.

"Inside is flooded," one resident told FOX 5 during the evacuation. "You can't take the elevator. The walls look like they are peeling."

Atlanta firefighters eventually deemed the building safe for people to go back inside.

Officials said the broken pipe has affected nine floors. Our cameras were there as water poured from the building and some of the students stood outside in the cold.

The arrestees were in Halloween costumes as they were escorted out of the building.