ATLANTA - One person is dead and at least four other people were injured after a shooting at a southwest Atlanta home on Thursday evening in what police are describing as a drive-by shooting.

Officers were dispatched to the home located in the 2300 block of Polar Rock Terrace SW around 9:38 p.m. Atlanta police said officers found several people suffering from gunshot wounds at the location.

One man was dead at the scene, police said. The other victims were taken to an area hospital for treatment. Their conditions were not immediately known.

A dog was also injured in the shooting. It was taken to an area vet for treatment.

A short time later, officers found another shooting victim at the Constitution Apartments located off Constitution Road SE a little more than two miles east of the shooting scene. The victim told police he was shot at the Polar Rock Terrance home and drove to the apartment complex. 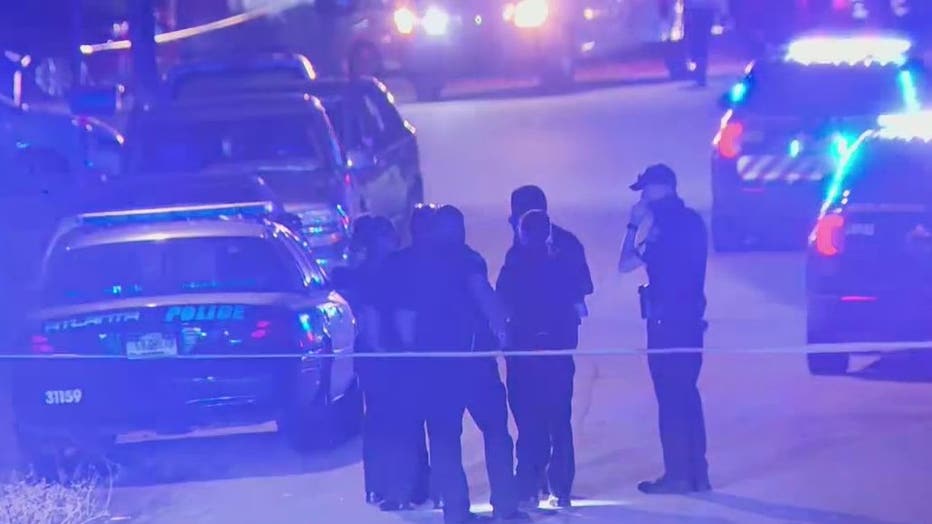 Police investigate after multiple people were shot at a home located on Polar Rock Terrance in southwest Atlanta on April 29, 2021. (FOX 5)

In total, officials say five other men were injured in the shooting. One man had a minor wound and refused to be treated. The other victims are hospitalized in stable condition.

Investigators worked throughout the night to try to piece together what led to the shooting.

No details about a possible suspect or a motive have been released.

Anyone with information about the shooting is asked to call the Atlanta Police Department or the Crime Stoppers Atlanta tip line at 404-577-TIPS (8477).