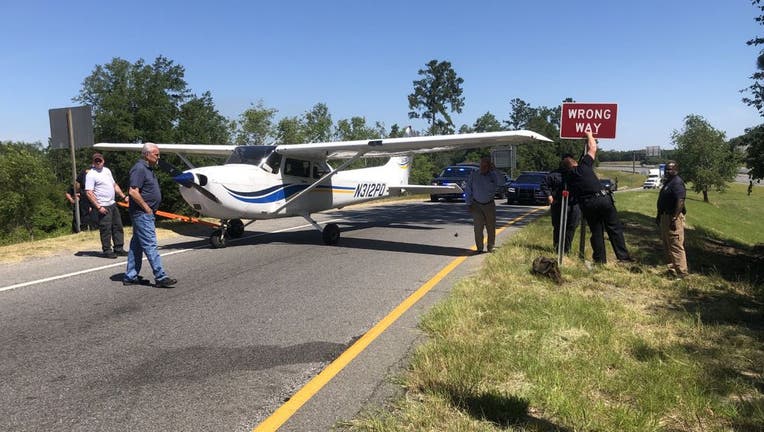 The small plane was forced to make an emergency landing on I-75. (WALB)

LOWNDES COUNTY, Ga. - A small plane was forced to make an emergency landing on Interstate 75 in Lowndes County Tuesday after an engine failure, officials said.

Officials with the Lowndes County Sheriff's Office told WALB that the plane was leaving the Valdosta-Lowndes Regional Airport at around 10:15 when the malfunction happened.

The plane landed near Exit 11 on the interstate, which is the exit for Madison Highway.

FAA records show the plane was a Cessna 172S that was registered to the Valdosta Flying Service and certified in 2007, WALB reports.

No injuries were reported in the emergency landing.

The plane has now been towed back to the nearby airport.