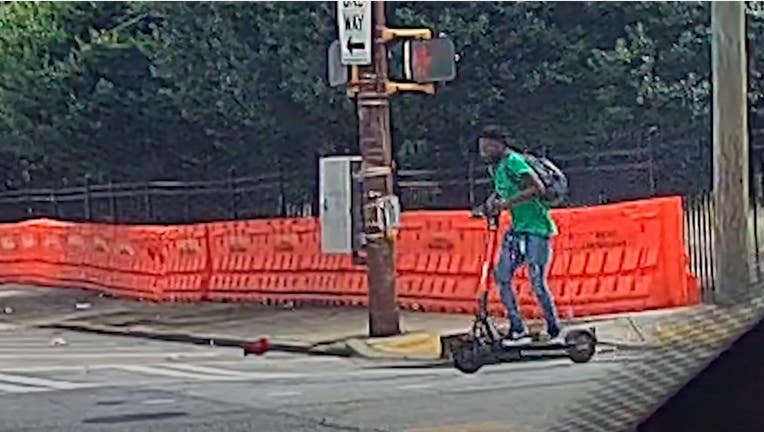 ATLANTA - Police are asking the public for help to identify a suspect wanted for a July shooting in Atlanta.

Investigators with the Atlanta Police Department shared dashcam footage of a man riding an e-scooter they say is a suspect in a July 30 shooting at Pine Street and Courtland Street.

In the shooting, the man is seen on camera getting tackled by another person, backing off, and pulling out a gun. The suspect then flees the scene on the scooter.

According to officers, the other man involved in the fight was hospitalized in serious condition after the attack.

Police described the suspect as wearing a green T-shirt and blue jeans.

If you have any information that could help with the investigation, call the Crime Stoppers Atlanta tip line at 404-577-TIPS (8477).