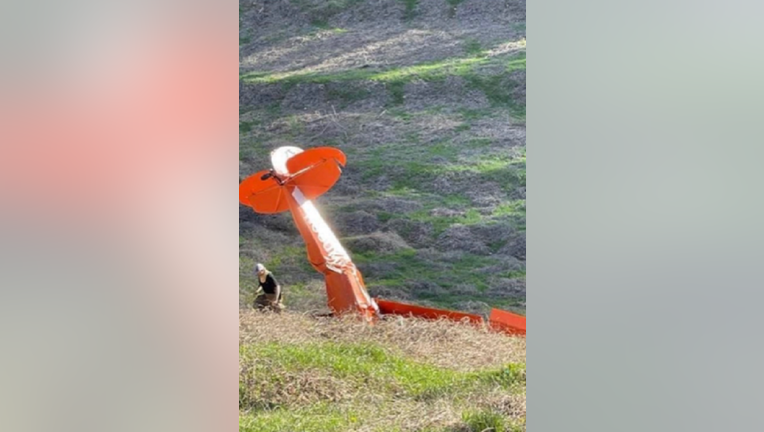 The Floyd County Police Department says it happened off of Davis Road around 5:45 p.m. about a mile outside the city limits of Cave Spring. Police say a witness saw the plane go down into a cleared ravine and immediately called 911.

Only the pilot was aboard at the time of the crash, the FAA reported. The pilot was killed in the crash. Their name has not been released.

Officials say the plane was an Aviat Husky A-1 which is described as being a tandem two-seat, high-wing, utility light aircraft.

Police say the plane took down at least one power line, sparking a brushed fire about 100 yards from the plane crash. Georgia Power is reporting about 1,700 people were left without power in and around Cave Spring.

David Road was closed for several hours while crews worked to restore power and officials investigated the crash scene.

The FAA said it is investigating the crash.