It is a a collaborative law enforcement effort in the search for the killer in the Piedmont Park murder, the Fulton County District Attorney said.

ATLANTA - The Fulton County District Attorney said the "gruesome" murder of a 40-year-old woman and her dog in Piedmont Park was a top priority for her office.

DA Fani Willis, flanked by Acting United States Attorney Kurt Erskine and Fulton County Sheriff Patrick Labat as well as members of the FBI, held a press conference Thursday afternoon to address the murder as well as a spike in crime across metro Atlanta.

Willis said her office has received a flood concerning the murder of Katherine Janness, who along with her partner's dog Bowie, was stabbed to death near the entrance to the park off 10th Street NE at Charles Allen Drive NE. sometime after midnight on July 28. 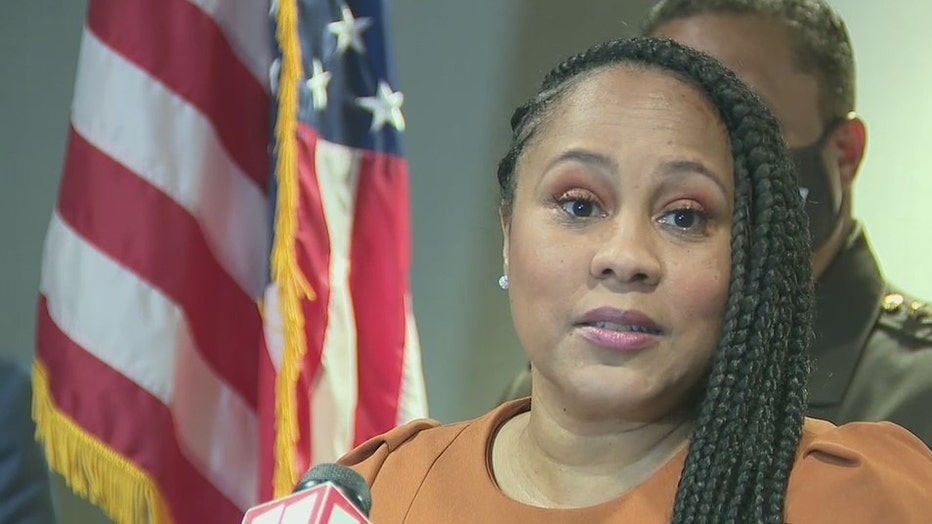 The district attorney said she understands the national attention on the case and knows there hasn't been a death like this in the park in a long time. That is why she is pouring resources into the case.

"We all heard this rumor of a serial killer loose in Atlanta. And other cases in jurisdictions that neighbor us, that these were connected. We have no evidence of that at this point," Willis said. "But that has been one of the concerns because of the community that surrounds the Piedmont Park property, there have been questions of 'Is this a hate crime?' and it is a little too early to answer those calls."

Katie Janness partner, Emma Clark, spoke with FOX 5 and said she remembers her as an 'incredible dog mom, a bartender, and an advocate for social justice.'

Willis said the attention the case has drawn has not diminished her office's attention to other crimes across the county. She admits crime is at an all-time high and gang violence, in particular, is of concern.

"It's what I keep saying over and over again, sometimes I feel like I'm screaming at the wall. We have a gang problem in Fulton County and the metro Atlanta area surrounding it," Willis said. "And that gang violence is harming people to include children, and so we are taking it very seriously."

"We're working in partnership to put a stop to this myth that Fulton County is a place you go to commit crime," said Sheriff Patrick Labat. "Our goal is to be laser-focused to be sure that our citizens are safe."

She urged residents to be aware of their surroundings and consider traveling in groups of three or four people, especially at night.