Hannah Wise, public information officer for the Pickens County Sheriff's Office, said the three criminals used a crowbar to pry their way into the stores.

They started at Bell's Family Pharmacy at 4:16 a.m. and stole narcotics.

"They knew exactly where the narcotics were so they could get in quickly and get out."

The three then went seven miles south to Ball Ground Pharmacy, pried open the door with a crowbar, and stole more narcotics. Surveillance video shows them leaving in a white, older four-door car. 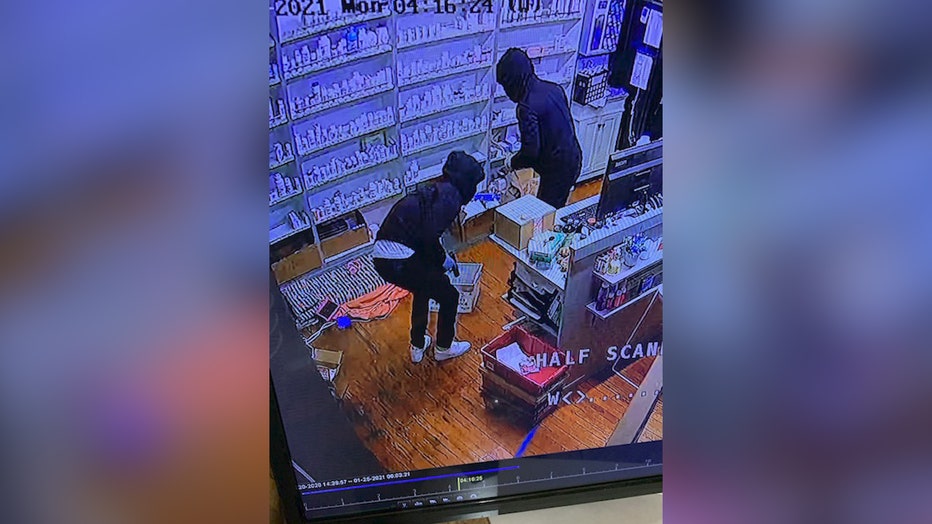 They were in and out of the stores in just several minutes.

"There were three of them. They wore the exact same clothing, in terms of the black hoodies, black masks. Same crowbar, same handgun," Wise said.

Trey Thompson is the owner of Thompson's Pharmacy in Newnan.

His pharmacy was burglarized last month.

He said the criminals were very particular about what they stole, but it wasn't what he expected.

"They went straight to our fridge and just cleared out our fridge. All of our insulin, about three-fourths of our flu shots," Thompson said.

He said this crime took less than two minutes.

Newnan police said this is one of two recent incidents that could be related to the latest burglaries in Pickens County.