Phoenix Police are searching for three men seen on video beating a 60-year-old man in the street, leaving him in critical condition.

The video was taken from a neighbor's surveillance video and it appears to show a 60-year-old man beaten in the street at the intersection of 16th Avenue and Tonto Street near 15th Avenue and Buckeye Road.

Police say the incident happened early Sunday morning. They are looking for the three men seen in the video all believed to be between the ages of 16 and 20-years-old.

"I fell asleep, I looked out the window and see all the paramedics it was about 10 after 6:00 and I said what's going on," said Johnson.

Portions of the video show people driving and biking by as the man lay motionless in the street. The suspects apparently return to do more damage, then drag the man to the curb.

"To see people ride by and wouldn't even call the paramedics, that's crazy," said Johnson. 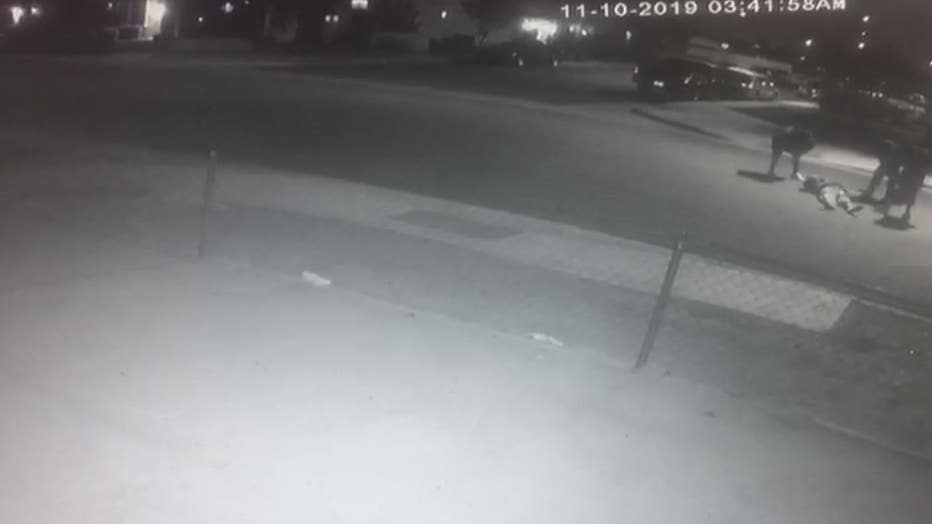 People who live in the area say the video is out of the ordinary.

"I don't understand like what was the pleasure of it, besides beating someone to death, it's not ok," said Taylor Wood, who lives in the area.

Police are hoping someone steps up with information. The man is in critical condition at last check.