The Georgia Bureau of Investigation has been asked to investigate an officer-involved shooting in northwest Atlanta.

ATLANTA - Atlanta police said an officer was forced to open fire after a driver pinned his partner between two cars during a traffic stop at a northwest Atlanta apartment complex on Thursday evening.

Police said they pulled a car over at the Avalon Park Apartments along Peek Road just around 11 p.m. That car matched a previous vehicle involved a carjacking, police said.

Two officers were in the vehicle. The first officer got out and was approaching the car to talk to the driver. At some point, police said the driver backed up pinning the officer between the cruiser and the suspect's vehicle. 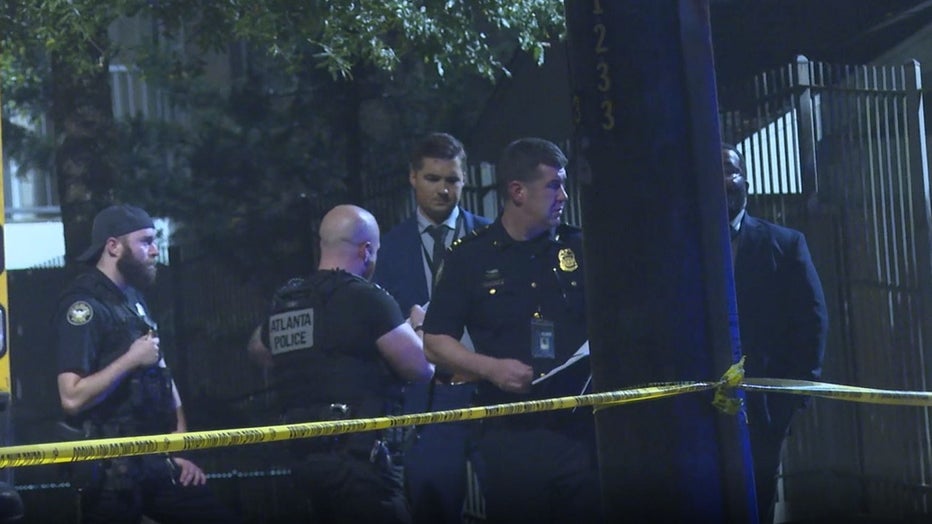 Atlanta police are on the scene of a reported shooting at an apartment complex on Peek Road on Oct. 28, 2021. (FOX 5)

The second officer got out and opened fire, police said.

The suspect's vehicle was able to flee the scene and police said they do not know if the officer struck anyone.

That same vehicle was found a short time later abandoned nearby.

The officer was taken to a nearby hospital for treatment. Police said they are expected to recover.

The Georgia Bureau of Investigation was asked to investigate the officer-involved shooting.