Weight loss surgery might not just be a last resort anymore.

ATLANTA - At 19, Ruby Hernandez has become a runner, something the Georgia Gwinnett College sophomore could never have imagined just a year ago.

"I had a lot of depression growing up," Hernandez says.  "A lot of it was linked to the disease that I had, and my obesity." 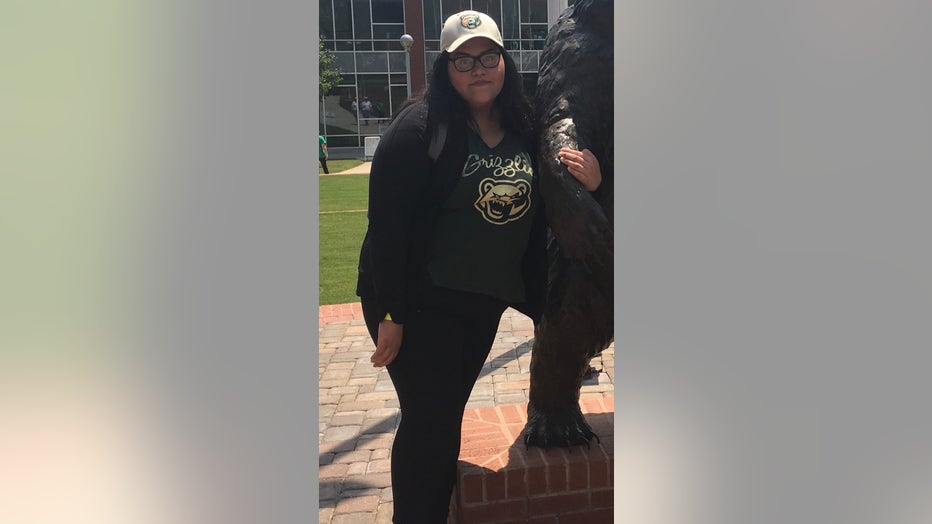 Ruby Hernandez, 19, has lost just over 100 pounds since undergoing weight loss surgery in May of 2019. (Ruby Hernandez)

At 10, Hernandez was diagnosed with an autoimmune disease that causes painful skin abscesses, which are worsened by weight gain and have required surgery.

By 18, she was having heart palpitations.

"I was, like, 'Okay, I think my body is trying to send me signals: you're shutting down at this point,'" she says.

Last fall, Hernandez and her mom came to see Children's Healthcare of Atlanta's Dr. Stephanie Walsh, the Medical Director of the Strong4Life program, to see if she could qualify for weight loss surgery.

She began a 6-month evaluation process, that Hernandez saw as her "crunch time." 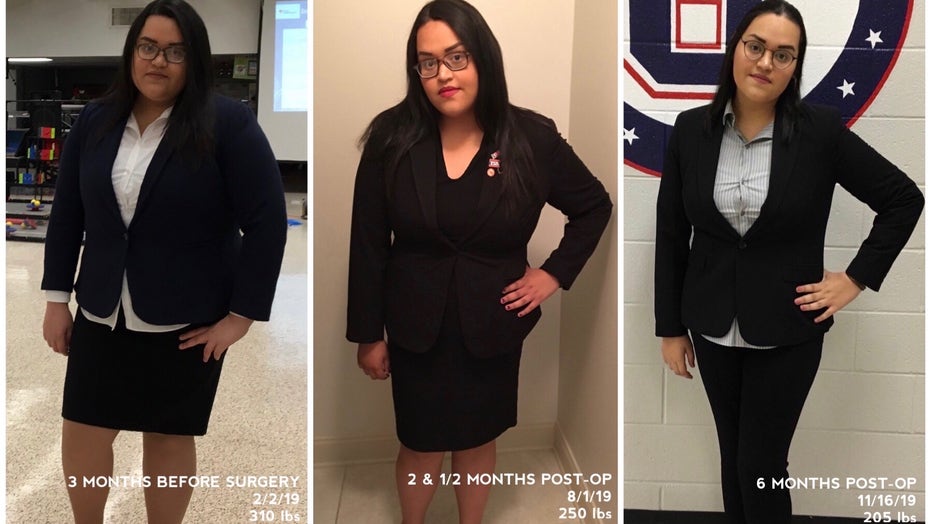 Ruby Hernandez underwent gastric sleeve surgery at Children's Healthcare of Atlanta in May of 2019. (Ruby Hernandez)

She would need to prove to the Children's team that she was emotionally ready for the changes weight loss surgery would bring.

"I was really trying to better my diet," Hernandez says, "I wasn't napping anymore, I was exercising, trying to better myself.  Because I knew this was going to be a slap in the face, and I wasn't going to do much, if I didn't fix myself before the surgery."

Going under the knife to lose weight may seem extreme.

But, with 4.5 million teens and kids in the U.S. now considered severely obese, the American Academy of Pediatrics, or AAP, says bariatric surgery can be a safe, effective way to help very overweight teens unlikely to be able to lose weight on their own, even with the best of medical care. 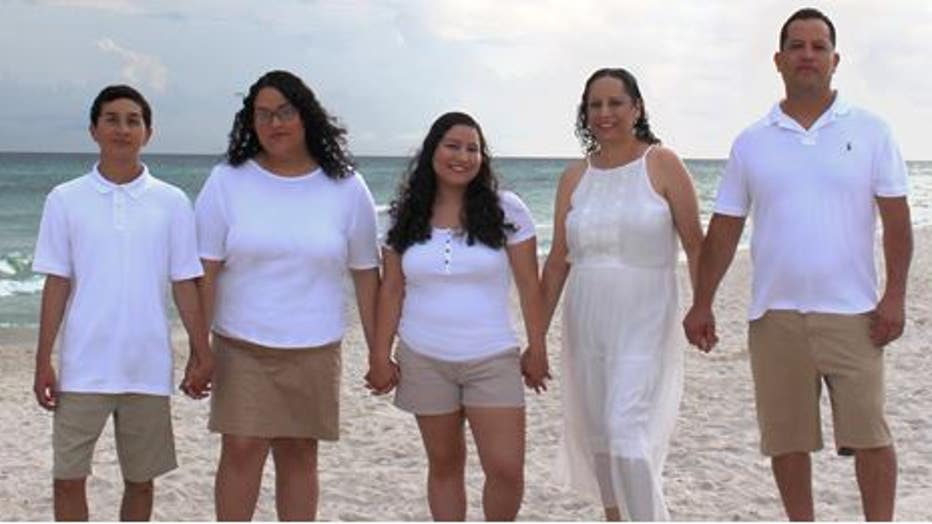 Ruby Hernandez, 19, underwent gastric sleeve surgery at Children's Healthcare of Atlanta in May of 2019. (Hernandez Family)

The AAP says studies have found the two most common bariatric procedures, Roux-en-Y gastric bypass and vertical sleeve gastrectomy, had low complication rates and no attributable deaths when they were performed at a comprehensive pediatric surgery center like the one at Children's Healthcare of Atlanta.

In the Strong4Life program, teens are individually evaluated, based on factors like their weight, health conditions, maturity and family support.

Dr. Walsh says the lengthy evaluation period is designed to prepare young patients for the lifestyle changes that are critical to the success of their surgeries.

The AAP and Dr. Walsh also agree surgery should be offered to more young people, and not just as a last resort, when nothing else has worked.

"A lot of times, people were waiting until kids were extremely heavy," Dr. Walsh says.  "The the surgery was able to help, but not help in the way it could.  So we want people to realize this is an option." 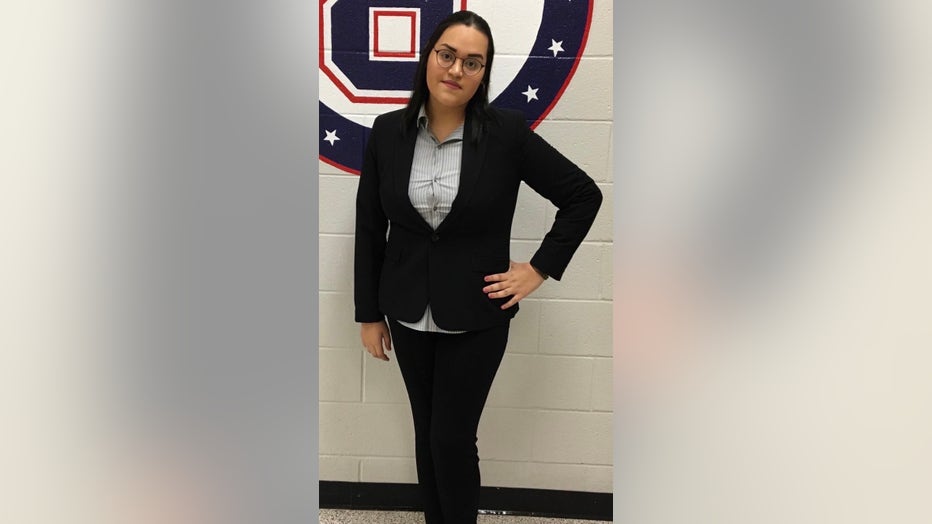 Ruby Hernandez underwent gastric sleeve surgery in May of 2019.

Ruby Hernandez underwent a vertical sleeve gastrectomy in May of 2019, which reduced her stomach size by about 85%.  T

The heart palpitations stopped, and she couldn't believe how little she could eat after surgery.

That's something for the kids to get used to," she says.  "No one is used to not feeling hunger that way.  So, they have to retrain themselves to eat and to eat regularly."

Anna Valle of LaFayette, Georgia, underwent the same surgery in September of 2016, when she was nearly 365 pounds.

Three years later, she down about 150 pounds and holding. 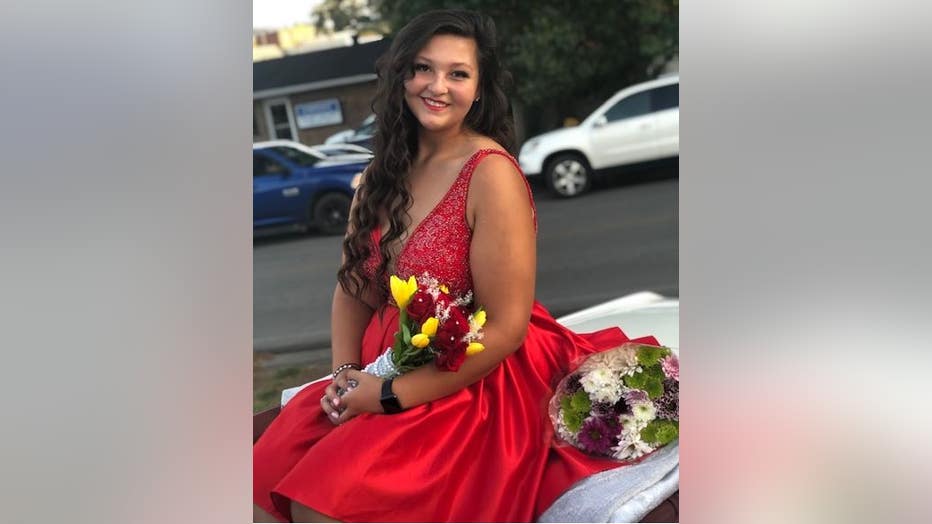 "To see Anna now, it's like a whole different kid," Dr. Walsh says.  "She lights up.  She just can't wait to talk about herself."

Ruby Hernandez is six months out from surgery, and down 100 pounds.

For the first time in her life, she says, it feels like anything is possible.