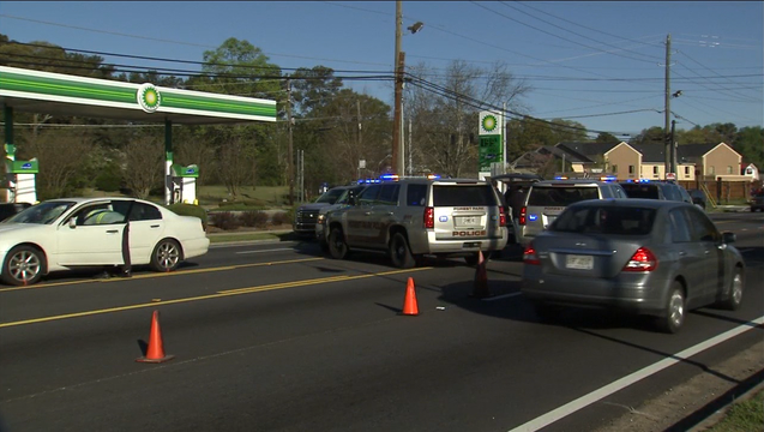 FOREST PARK, Ga. - A pedestrian was killed Tuesday morning after being hit by a car in Forest Park.

According to police, a man in his 50s was standing in the middle turn lane as a white Infiniti was heading southbound on Jonesboro Road. Investigators said the victim stepped into oncoming traffic and that's when he was hit.

A Forest Park police officer was behind the Infiniti that hit the man. The officer tried to assist the victim after the accident happened.

The pedestrian died on the scene, according to police.

Investigators said they will look at dash-cam video to confirm what took place. The driver of the Infiniti stayed at the scene and police said they don't anticipate any charges being filed.