A Coweta County School Board member is under fire for attending a pro-Trump rally in D.C. before rioters stormed into the Capitol building.

They're upset that she attended the rally that led to the deadly riot in Washington, D.C. last week.

Several people protested Tuesday evening outside of the school board meeting.

Inside, dozens called on board member Linda Menk to be held accountable.

"Accountability means for this particular situation, she should not be on the school board," Cindy Pursley said.

Darrell Hayes, who was also protesting, went on to say "we don't need anybody on the school board who has attended an event where five people were killed and then you come back home like everything’s okay." 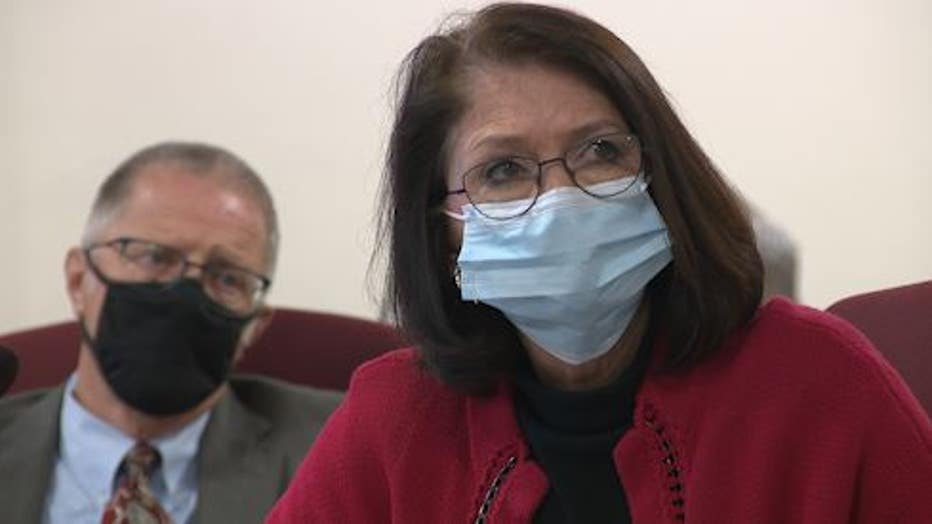 During the meeting, Menk called comments by the speakers "baseless" saying she attended a peaceful rally.

The event did turn violent: a woman was killed, a capitol police officer died from his injuries… and three others had medical emergencies.

"I did have a discussion before I attended the rally, a peaceful rally I might add, to determine am I doing anything i shouldn't be doing because i hold public office," Menk explained.

Menk told the board she does not apologize for attending the rally and went there to protect our rights.

"I don’t apologize for it. I participated in a very peaceful rally in support of your protection, the protection of your right to vote and have your voice count," she explained.

We spoke with Menk Wednesday evening because she wanted to clarify that she not near the Capitol while in Washington.

She told us she was in front of the Washington Monument which is about two miles away.

There were several people who spoke on her behalf Tuesday evening.

"It's a tragedy but you can't lump everybody together and just because somebody's in elected office, they're excluded from doing things that our constitution protects," supporter Mike Crane explained.

Board member Amy Dees addressed the issue saying they do have the first amendment right as board members.

However, she went on to said Menk appears to be the center of distractions that take their attention away from board business time and time again.

The board took no action during the meeting.