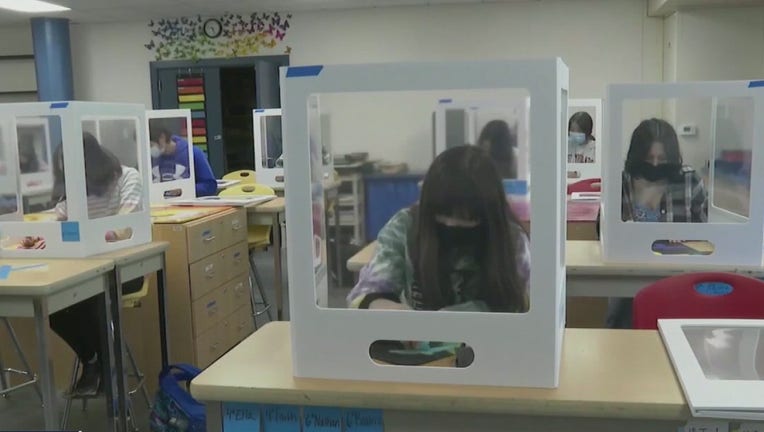 COBB COUNTY, Ga. - Five parents are suing the Cobb County School District over the district’s mask mandate. They are asking a judge to issue an emergency restraining order to overturn the rule that requires kids to wear masks in the classroom.

An attorney for the group said the rule is no different than racial discrimination.

"It’s unconstitutional," Mitch Skandalakis said. "Based on the Fourteenth Amendment, the Equal Protection Clause, and Brown vs. Board of Education, separate but equal in an education setting does not work."

One mother of a Cobb County eighth-grader, who is Black, took exception to that argument.

"To actually use Brown vs. Board of Education, which actually gave people who are the same hue as me the right to attend school with white people," Tarasha Shirley said, "is insane."

The lawsuit argues that since Gov. Brian Kemp lifted the majority of the statewide COVID-19 restrictions, the district does not have the authority to make kids wear them. It states that the mask rule will make students suffer "immediate and irreparable injury."

"It is a piece of fabric that covers our mask and nose," Shirley said.

The school district declined to comment on the lawsuit, but a spokesperson said they are just adhering to local public health guidelines.

"The board of health has no authority under the governor’s own executive orders," Skandalakis said.

A judge is scheduled to hear the case at 11 a.m. Tuesday in Cobb County Superior Court.