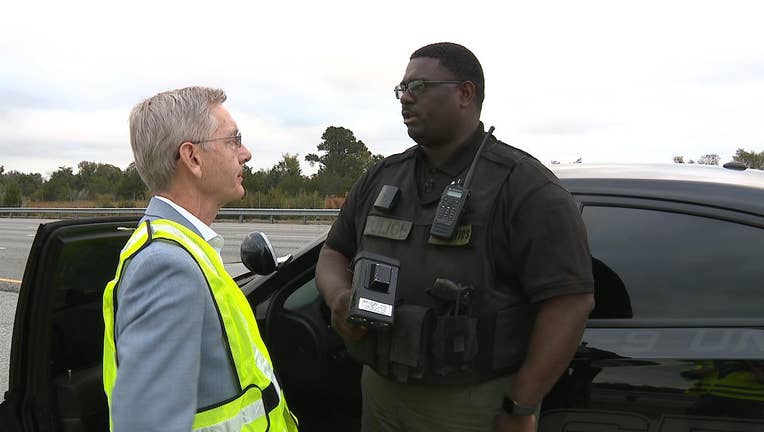 In November 2019, Darien police lieutenant Anthony Brown demonstrated how easy it was to catch speeders on their short stretch of I-95. The pandemic would soon have other ideas.

DARIEN, Ga. - Local governments across Georgia struggle with a common challenge: what to do about a big drop in traffic ticket revenue.

Just a few months before the pandemic hit, the FOX 5 I-Team investigated Georgia towns that relied heavily on traffic fines and fees to balance their budget.

A year later, the new budgets show some cities with a dramatic drop in ticket revenues.

The coronavirus pandemic has caused a big problem for the so-called Big Ticket Towns, areas that supplement revenue through tickets and fines.

Before COVID-19, Darien collected $1.5 million in fines and fees, more than half of all their annual budget revenues. The coastal city of about 2,000 residents is on track to collect only $724,000, mostly because fewer people traveled in 2020.

"That is a greater than 50% drop from the 2020 budget as you can see," pointed out Darien city manager Richard Braun.

Darien had to freeze hiring and raise taxes.

Weiss is the executive director for the nonprofit Fines and Fees Justice Center, a group that for years has urged governments not to rely so much on traffic money for their budget.

She said few listened. And then last year, a pandemic hit. Many city courts closed for months. The money dried up.

"This is not a sustainable way of funding government for sure," said Weiss.

We certainly thought fines and fees would drop. Immediately.

"I’m not sure what the post-COVID landscape will look like or when it will happen," said Remerton city manager Mike Terrell. "I sure hope with more vaccines coming online we can turn this thing around."

No city we contacted had any plans to change their approach to how they raise revenue to fund their budget.

"As the economy recovers or tries to recover from COVID, the fear is that there will be more turning to fines and fees," cautioned Weiss. 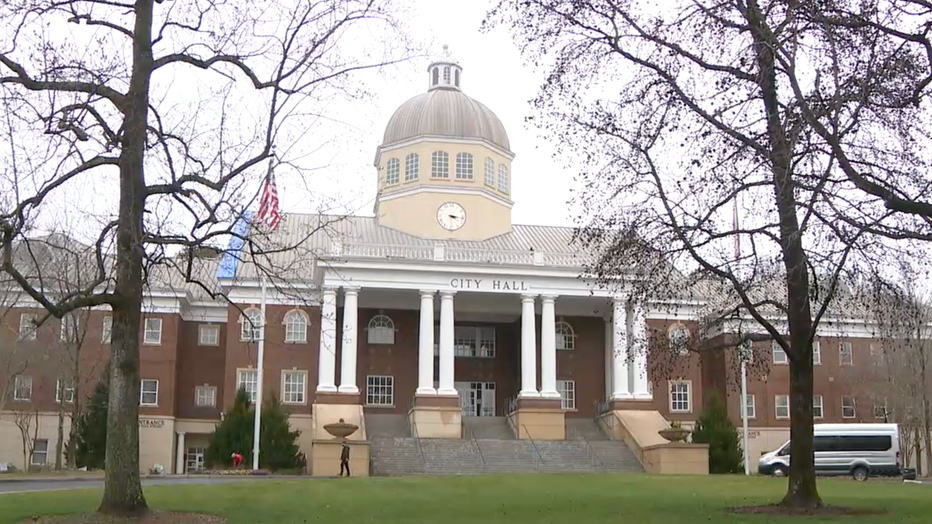 Roswell's city hall was closed for two months last year, contributing to a nearly $1 million drop in fines and fees. Unlike cities that rely heavily on traffic money, Roswell's budget is big enough to absorb the sudden change in revenue.

The City of Atlanta is down nearly $6 million. The city of Roswell, almost a million dollars.

"I understand there are a lot of small towns throughout the state of Georgia that rely heavily on their police officers and their ticketing capabilities," observed Roswell Mayor Lori Henry. "But we are not one of those."

Roswell was not on our Big Ticket Town list from 2019. When the percentage of revenues is smaller, larger cities can absorb the difference. At least, for now.

"We’re not in a situation here where we go to our police department and say you fellows need to step it up," said Henry. "That’s not how we do that here in Roswell."

In fact, if the American Recovery Act becomes law, cities across Georgia will get federal dollars to close those budget gaps. According to the House Oversight Committee, Roswell can expect $12 million. Darien — as much as $421,000.

That could put everyone back on solid financial footing, just in time for the traffic to kick into post-pandemic gear.