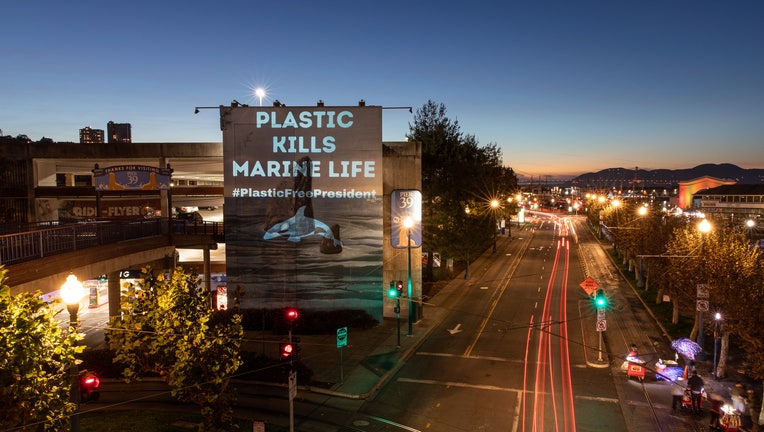 SAN FRANCISCO - California activists projected anti-plastic messages onto San Francisco's Embarcadero Pier 39 Sunday night as a symbol of their outrage at what they describe as the "federal failure" to address the nation's pollution crisis.

"We’re urging President-elect Biden to transform our extractive, throwaway economy and take urgently needed steps toward a plastic-pollution-free future," said Delia Ridge Creamer, an organizer at the Center for Biological Diversity, which has an office in Oakland. “We’re projecting our outrage."

The light projections will have different themes in different cities.

San Francisco’s messages include “Regulate Plastic Pollution” and “Plastic Kills Marine Life,” a reference to the lost and abandoned fishing gear floating about in the Pacific Ocean and which can choke or entangle whales and other marine animals. 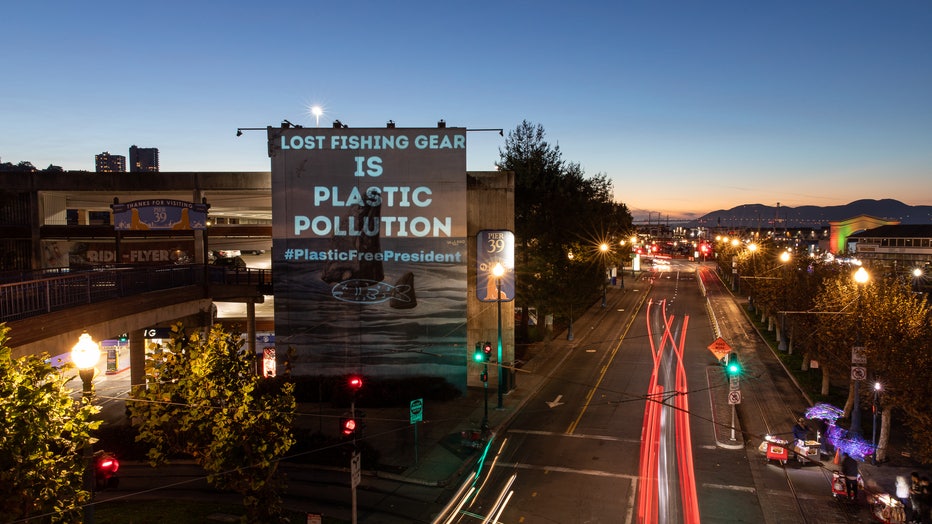 A coalition of more than 550 community and conservation organizations plans to publicly release its Presidential Plastic Action Plan Monday, urging President-elect Joe Biden to address the plastic pollution crisis with a series of executive orders shortly after taking office.

The plan responds to the plastic industry’s aggressive expansion of facilities using the country’s oversupply of fracked gas to make throwaway plastic that fills our oceans, landfills and landscapes, according to the Center for Biological Diversity. Petrochemical-plastic projects harm frontline communities with toxic air and water pollution and worsen the climate crisis. The plan, advocates say, lays out how Biden can make meaningful progress through executive orders alone, without any help from Congress.

Biden did not immediately respond to these pleas.

But he said he plans to reverse outgoing President Trump’s rollback of a number of public health and environmental protections the Obama administration put in place.

He said he'll rejoin the World Health Organization and the Paris climate accord, as two examples.