Our brains protect us from fully recognizing our own mortality, study finds

While we cannot escape death, our brains conveniently twist the narrative around it to help us live our lives.

RAMAT-GAN, Israel - The human brain is designed to protect us from having to reckon with our own mortality, according to a new study from Bar-Ilan University in Israel, which will be published in the journal NeuroImage next month.

When it comes to thinking about death, it turns out that there’s a protective mechanism which allows our brains to recognize death as an “other-person” problem, not a personal one.

Researchers hypothesized that our natural avoidance of confronting death has to do with survival and is likely a mechanism that allows us to live in the present without being crippled by a sense of fear or hopelessness about our own impending doom.

“The moment you have this ability to look into your own future, you realize that at some point you’re going to die and there’s nothing you can do about it,” lead-author Yair Dor-Ziderman told the Guardian. “That goes against the grain of our whole biology, which is helping us to stay alive.”

To test out their hypothesis, Dor-Ziderman and his team developed a test that measured the brain’s surprise responses to a range of visual imagery depicting concepts of death in relation to the self or others.

Study participants were hooked up to a magnetoencephalograph, which is used to map brain activity by recording magnetic fields produced by electrical currents in the brain, while images of human faces flashed on a screen in front of them. Half of the time the images were paired with words relating to death, such as “funeral,” and the other half of the time the paired words were unrelated.

The participants would be shown a series of images of their own face or a stranger’s face several times before finally being shown an unexpected new face.

This process is meant to set the brain up to make a prediction about what is going to come next, so when the final image appears and is different from what the brain was predicting, the brain fires off signals of surprise.

But when confronted with the image of their own face next to a word correlated with death, activity was dampened in the area of the participants’ brains that is responsible for prediction, and the researchers believe that this has to do with the brain attempting to avoid associating the self with death. 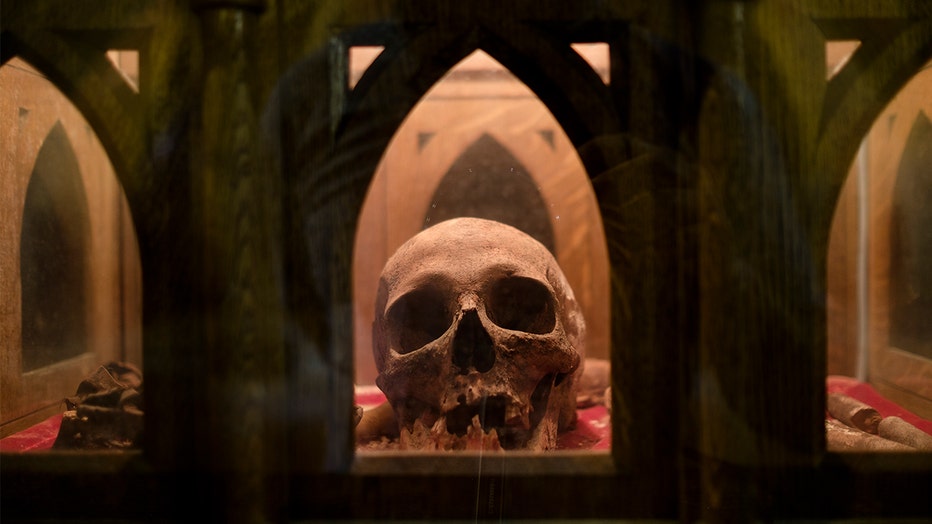 “The brain's automatic prediction response to deviancy is eliminated when death words and self-face representations are coupled, but remains present when coupled to other-face or to negative words,” the study's authors wrote.

Avi Goldstein, a senior author on the paper, told the Guardian, “This suggests that we shield ourselves from existential threats, or consciously thinking about the idea that we are going to die, by shutting down predictions about the self, or categorizing the information as being about other people rather than ourselves.”

For much of human existence, the sheer volume and range of threats that could lead to death were far higher than they are at this point in modern history, and it may be that the protective mechanism explored in the current study is a hold out from earlier times, but more research is needed to determine the exact neuronal mechanism responsible.

While we cannot escape death, our brains conveniently twist the narrative around it to help us live our lives.