Witnesses say a fight over paying for parking ended with multiple shots fired and one man dead outside a Union City family bowling alley and nightclub.

UNION CITY, Ga. - Police are investigating a late-night shooting near a Union City bowling alley and nightclub that left an Uber driver dead.

Officers found the victim next to a Toyota sedan on the 5100 block of Goodson Connector Road, which leads away from the Cru Lounge x Lanes - Soufside.  As officers impounded the car, FOX 5 cameras could see at least three bullet holes in the front windshield.

Investigators say the shooting happened after a confrontation between an Uber driver and a security guard at the business.

According to a witness on the scene, the driver who dropped a woman off at a lounge became angry that he was being asked to pay to park. 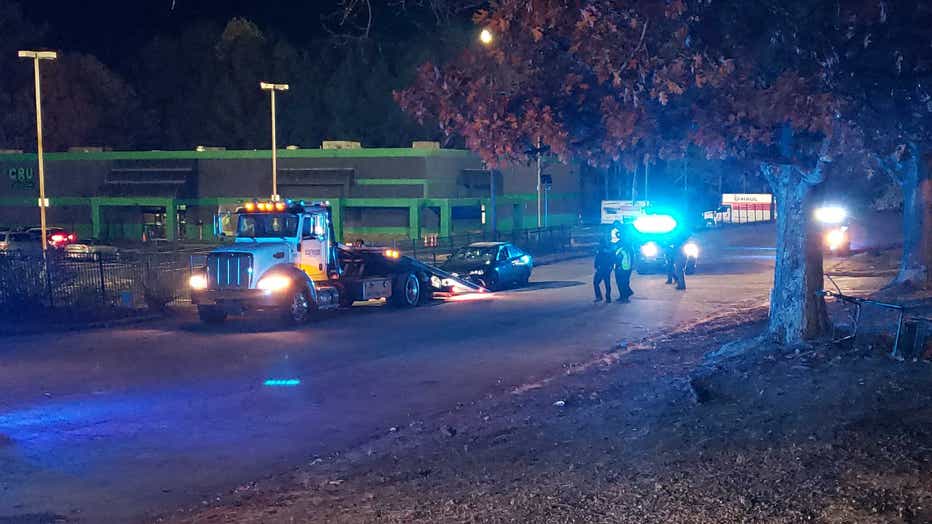 The witness says the man in the car pulled a gun and told security "He'll kill all of them" and then fired a single shot.

Police say a security guard responded by firing at the car, striking the man who was still inside. He was pronounced dead on the scene.

Officials have not released the identity of the driver until his next of kin is notified.

The security guard has been detained by Union City Police. They have not said whether they may face charges in the shooting.

According to What Now Atlanta, Cru Lounge x Lanes-Soufside just recently opened. It's described as a family-friendly bowling alley during the day and club at night. It's owned by Atlanta-based Cru Lounge, which is called the largest Black-owned nightlife entertainment chain in the country.