Police say they opened fire on a suspected shooter while responding to gunfire at a restaurant near the Mall of Georgia early Friday morning.

GWINNETT COUNTY, Ga. - Police are on the scene of a shooting near the Mall of Georgia in Gwinnett County.

Officials say one person was shot at the Parma Tavern on the 3300 block of Buford Drive early Friday morning.

The victim, who has not been identified, was shot in the leg and has non-life-threatening injuries.

As officers arrived at the scene, they say they heard shots and returned fire.

There are no known injuries to the Gwinnett County police officers or suspects at this time. 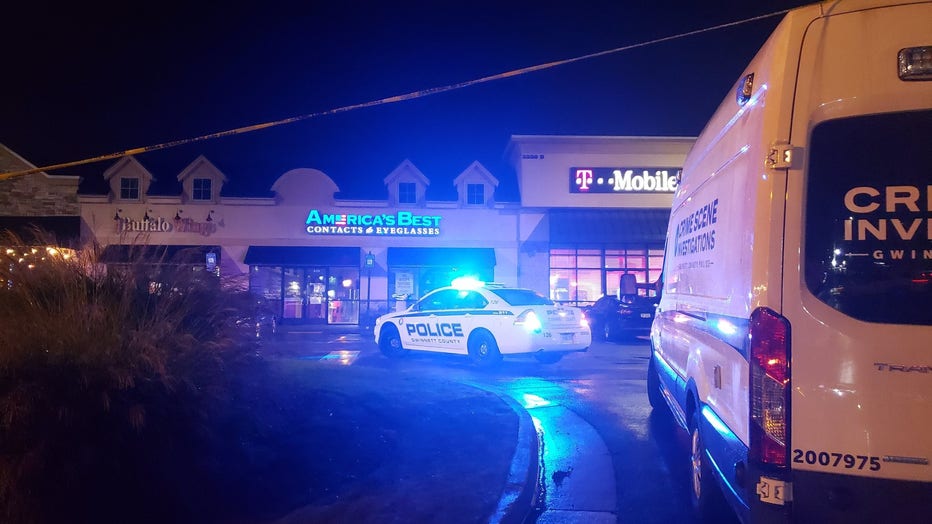 Homicide detectives are working to identify potential suspects and determine what led up to the shooting.

If you have any information that could help with the investigation, please call the Gwinnett County Police Department.