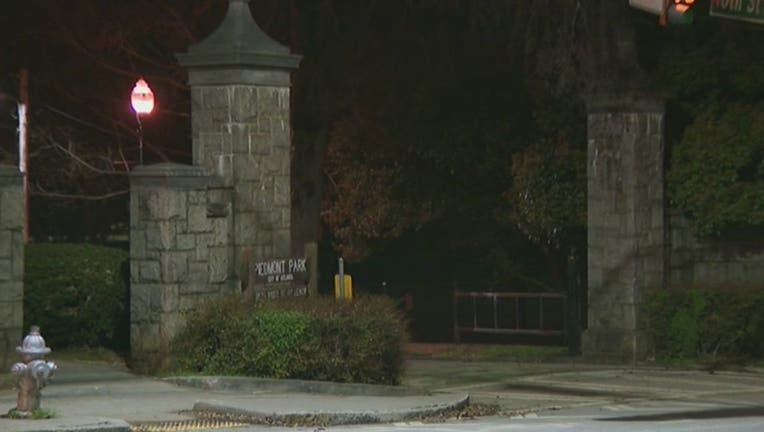 ATLANTA - Atlanta police said they are searching for a shooter after a man was shot near the entrance to Piedmont Park on Tuesday evening.

The shooting happened around 7:15 p.m. along 10th Street NE near Taft Avenue NE, about a block west of the Charles Allen entrance to Piedmont Park. Police said officers arrived at the scene to find a man suffering from a gunshot wound.

He was taken to an area hospital for treatment and was alert, conscious, and breathing at the time.

The armed suspect got away in a silver SUV, police say. A description of the shooter was not immediately released.