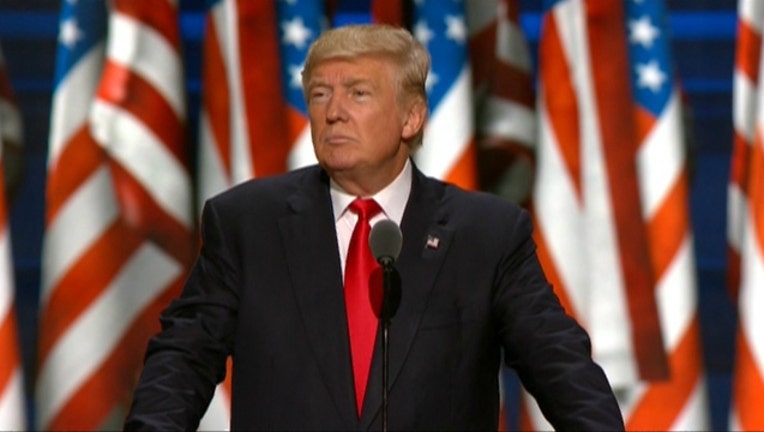 WASHINGTON (AP) — President Barack Obama says GOP nominee Donald Trump's recent suggestion that the U.S. might not come to the defense of NATO allies is another sign of Trump's "lack of preparedness" on foreign policy.

Obama said in an interview broadcast Sunday on CBS' "Face the Nation" that Trump's comments to the New York Times — in which Trump suggested allies that haven't paid their NATO dues wouldn't be guaranteed of getting help if Russia invaded — were an admission that the U.S. might not live by NATO's "most central tenet."

Obama, speaking before the Democratic National Convention begins Monday, said Trump's comments on NATO last week were "an indication of the lack of preparedness that he has been displaying when it comes to foreign policy."

NATO members promise that an attack against any of them is considered an assault against all.

Trump told the Times that he wouldn't predict the U.S. response in the case of a Russian attack of smaller NATO allies like Estonia or Latvia. "If they fulfill their obligations to us, the answer is 'yes,'" Trump said.

Obama responded: "There is a big difference between challenging our European allies to keep up their defense spending, particularly at a time when Russia's been more aggressive, and saying to them, 'You know what? We might not abide by the central tenant of the most important alliance in the history of the world.'"

In contrast, Obama said that presumptive Democratic nominee Hillary Clinton, who served as secretary of State in his first term, is supremely capable of taking over the reins of power in January. He said he believes there has never been candidate better prepared for the presidency.

"She's not always flashy. And there are better speech makers. But she knows her stuff," Obama said.

Obama address an array of issues during the interview, including:

—race relations. He said additional scrutiny or suspicion of African-American males is "just a common experience that many of us share. But I will tell you that it's a lot better now than it was. And that doesn't mean that we can be complacent about it."

—on why he used the term "radical Islam" as a candidate in 2008 but not as president. Obama said Muslim allies voiced concerns that the phrase could give the impression that "crazy groups" such as the Islamic State group or al-Qaida were carrying the mantle of Islam. He said defeating militants will require help from more than 1 billion Muslims in the word.

—whether most Americans feel safe. Obama said it's been "a really tough month," but that people in the U.S., he believes, "are significantly more safe now than they were before all the work that we've done since 9/11."

Asked what it takes to be an effective president, Obama cited the ability to build a team of talented, hardworking people and "make sure they are all moving in the same direction." Another factor, he said, was "personal discipline in terms of doing your homework, and knowing your subject matter, and being able to stay focused."

And to make all this work "you have to really care about the American people... not in the abstract," Obama said, noting that is crucial because that will help ground the president in that difficult job and prevent them from being overly influenced by polls, pressure and difficult developments.

If you don't have that sense of grounding, "you will be buffeted and blown back and forth by polls and interest groups and voices whispering in your head," he said. "And you will lose your center of gravity. You will lose your moral compass."