Accepted to 30 colleges, $2 million in scholarships

An Atlanta high school student has been accepted into nearly 30 colleges and has been offered more than $2 million in scholarships.

ATLANTA - Hard work has paid off for a North Atlanta High School senior.

Kamryn Stargell has been accepted into 29 universities and has been offered over $2.2 million in scholarships.

Stargell said she received her first acceptance letter from Virginia Tech in October and the acceptance emails have just kept coming.

She, and other family members, are seen screaming in some videos taken as she read the emails from the universities.

"I was super excited to get in. Mainly because I was really anxious about applying and waiting to see if I was going to get in," she said.

Stargell and her mother spend about five months applying to schools and for financial aid. She said she wanted to get applications in early.

She said the scholarships are the icing on the cake.

"Definitely just knowing that I won't have to graduate with thousands and thousands of dollars in debt and being able to move on to my next step in my career without that financial burden is really just an overpowering feeling," Stargell said. 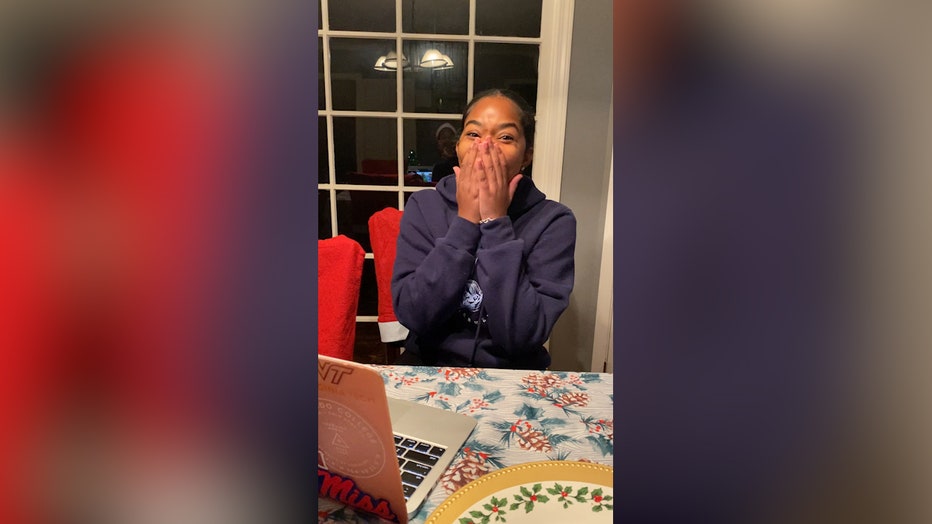 She says she'll be looking at the financial help, schools that are best for her major, and places she'll enjoy as factors in her decision.

"My applied major to the major of the schools was biomedical engineering and I put my second choice as biology and the premed track for both because I want to go to medical school after I graduate," Stargell said.

The hard work may be done but she said it's still a stressful time as she tries to decide where she'll spend the next four years.

"Definitely having to choose from so many offers is really a lot to take in but just the excitement of it all is what's so fun about it. I know the pressure from the beginning of the school year was a lot of work having to manage applying for financial aid and scholarships, but knowing the hard work paid off is really exciting. It's like a breath of fresh air," she said.