The Georgia nonprofit pairs adults, who can step into a mentoring role, with former foster kids.

ATLANTA - Roughly 700 young people in Georgia "age-out" of the foster care system every year, leaving many alone in navigating adulthood.

That’s where Russ and Olivia Ivey come in. The couple volunteers with Connections Homes. The Georgia nonprofit pairs adults, who can step into a mentoring role, with former foster kids.

"We can match young people who are in these vulnerable situations to a mentoring family who can really be that lifeline to help guide them from the dependency on the system into being an independent person who has some personal responsibility for their own life," said Pam Parish, founder of Connections Homes. 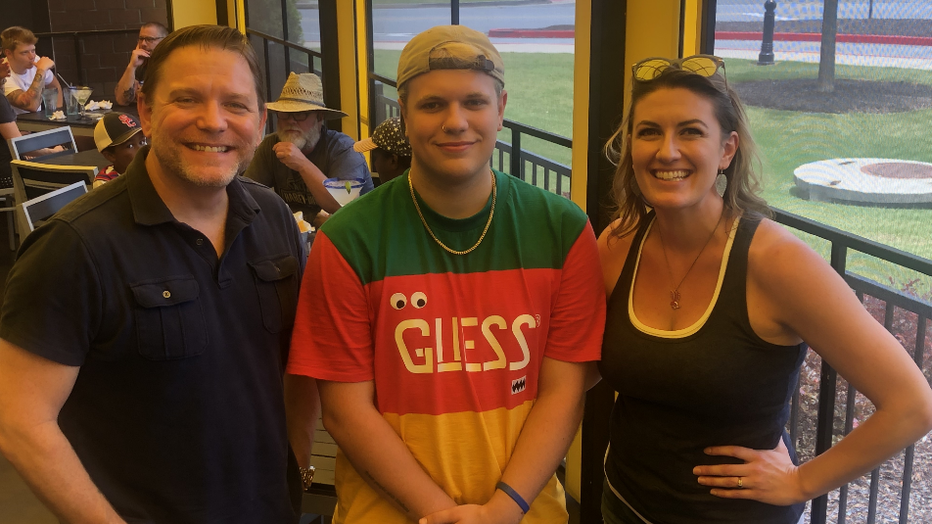 Sebastian smiles between his mentoring family

The effort works to shift the sobering reality for too many of these young adults.

More than 40 percent of foster children who age-out of the system are homeless within a year and a half and 50 percent have substance abuse issues, according to the faith-based nonprofit.

I never had parents in my life. So, having [Russ and Olivia] in my life, it just fills that void. I'm just happy to have them.

And she was right. Connections Homes has helped nearly 200 kids find mentoring families since 2014, such as Sebastian Whisnant, who now is setting his sights on a career in the medical field.

"I never had parents in my life," Whisnant said. "So, having [Russ and Olivia] in my life, it just fills that void. I'm just happy to have them."

And the reward is by no means one-sided.

His wife, Olivia, agreed. "They need some more mentoring families, and it’s been so rewarding for us, and I would just encourage anyone who has even a glimmer of thought to really look into it," she added.

Aside from mentoring, there are other ways to help Connections Homes’ efforts. You can donate money or gently used business attire for the young adults to wear to job interviews.