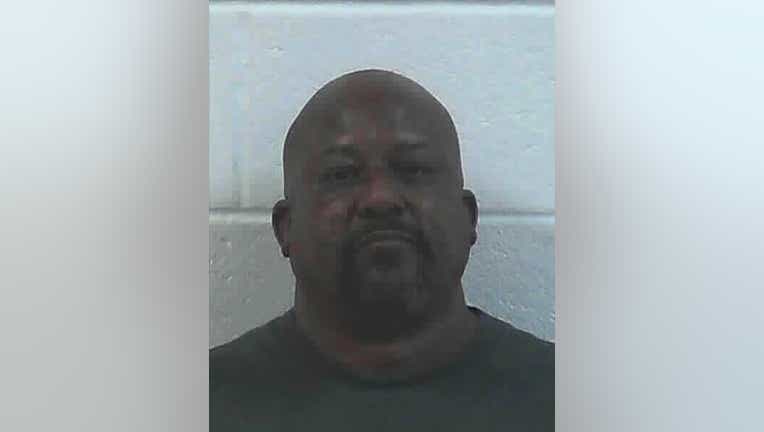 JEFFERSON, Ga. - A Georgia man is in custody after police say he threatened to shoot multiple people at a Jefferson-area pub.

At around 6:30 p.m. on Sept. 18, officers were called to the Beef ‘O’ Brady's on the 1600 block of Old Pendergrass Road in Jefferson after someone inside called 911 and reported that a customer at the bar threatened to get his gun and shoot him. A short time later, the manager of the restaurant also called 911, saying that the restaurant was in lockdown and that the man was walking back with a gun in his hand.

At the scene, officers met 58-year-old Rober Burns, who was sitting in his black Dodge Ram pick-up truck. At the time, Burns admitted to officers that he had a gun in his vehicle.

At the scene, the patron who called 911 first told officers that Burns entered the restaurant, ordered a double shot of bourbon, drank in, and broke the glass.

When the patron told him to calm down, he says Burns threatened to shoot him in the face and "told him to walk."

A short time later, police say Burns left the restaurant and came back with a gun in his hand. When he started to walk toward the kitchen, the manager stopped him and asked to leave.

According to the manager, Burns was mad about the amount of time his to-go order was taking, so she promised him she would take his order to his car. At that time, she says Burns told her "Good, no one has to die tonight," and left - leaving her to quickly lock the doors and call 911.

Officers arrested Burns and charged him with terroristic threats and two counts of simple assault. Police say that Burns had a loaded gun attached to the dashboard of his car by a magnet.

At last report, the suspect had been taken to the Jackson County Jail without incident.