Before being selected to join the task force by Biden, Borio worked as vice president of technical staff at the In-Q-Tel strategic investment firm. Until last year, she was a biodefense specialist on the National Security Council under the Trump administration.

WASHINGTON - Dr. Francis S. Collins, the director of the National Institutes of Health, announced his decision to step down by the end of 2021 after having led the research center for more than a decade — including during the global COVID-19 pandemic.

"I am proud of all we’ve accomplished. I fundamentally believe, however, that no single person should serve in the position too long, and that it’s time to bring in a new scientist to lead the NIH into the future," Collins, 71, said in a statement posted Tuesday on the NIH’s website.

Based in Bethesda, Maryland, and a part of the Department of Health and Human Services, the NIH is the nation’s medical research agency and operates more than two dozen institutes and centers. It lays claim to being the largest supporter of biomedical research in the world.

Collins, a physician-geneticist, was appointed director in 2009 by President Barack Obama and was asked to remain in that post by Presidents Donald Trump and Joe Biden. He is the only presidentially-appointed NIH director to serve under multiple administrations. 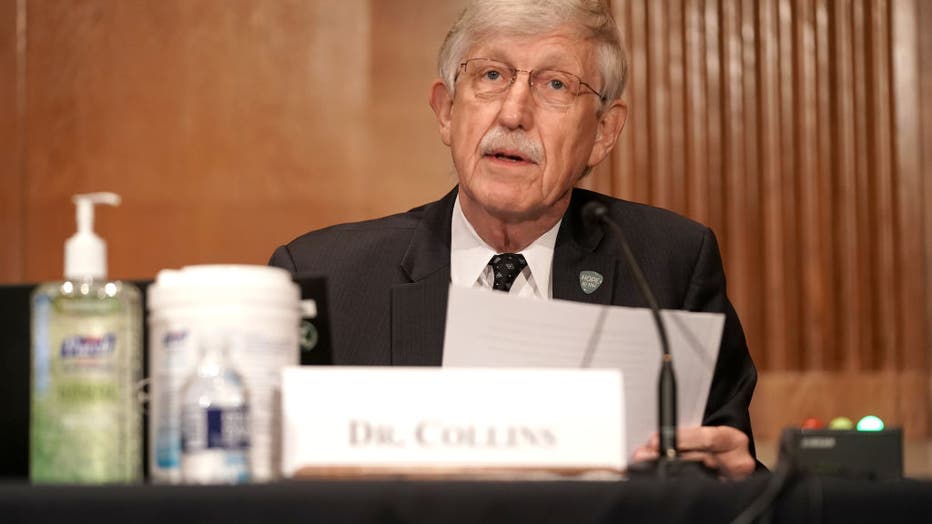 FILE - Dr. Francis Collins, Director of the National Institutes of Health, gives an opening statement during a Senate Health, Education, Labor, and Pensions Committee hearing to discuss vaccines and protecting public health during the coronavirus pan

A statement from Biden called Collins "one of the most important scientists of our time." Biden noted Collins’ work in helping to finish the sequencing and mapping of the human genome "to unlock the mysteries of our DNA," which earned him the Presidential Medal of Freedom from former President George W. Bush.

"After I was elected president, Dr. Collins was one of the first people I asked to stay in his role with the nation facing one of the worst public health crises in our history," Biden said, referring to the ongoing coronavirus pandemic. "I was grateful he answered the call to serve even though it was asking him to stay on the job longer than anyone in NIH history. Today, I understand his decision to step down from his post at the end of this year after an incredible and consequential tenure."

Collins previously told the Washington Post that he had decided not to stay too long into the Biden administration and was confident that the NIH's role in developing therapeutics, tests and vaccines for the coronavirus had reached "a pretty stable place."

He also proposed and established several initiatives for many pressing health issues in America, including Alzheimer’s disease, cancer, opioid use, rare disease, as well as the COVID-19 pandemic.