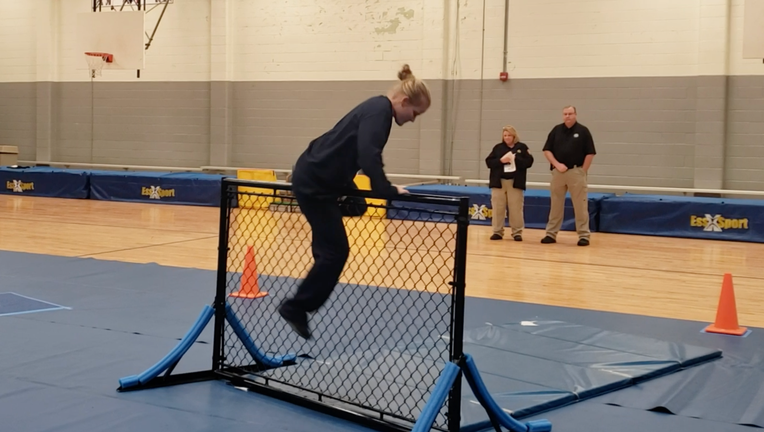 POST Council members had to decide whether to change the rule requiring all future Georgia cops finish this obstacle course in 2 minutes, 6 seconds before being allowed into the training academy.

AUSTELL, Ga. - You might not think a two-minute physical fitness test for future Georgia cops would create so much controversy.

But the new test prompted an emotional debate among top law enforcement officers who originally approved the idea a year ago.

Concerned about a pair of recruits who died suddenly from medical issues early in their basic training, the Peace Officers Standards and Training Council (POST) decided to implement a physical agility screening test.

It was an emotional debate before the Georgia Peace Officer Standards and Training Council all over a physical fitness test for future officers.

Anyone who wants to be a police officer or deputy in Georgia must first complete an obstacle course within 2 minutes, 6 seconds. If they fail twice, they’re not allowed to start with their training class. In other words, if they can’t pass the physical agility test, they can’t be a law enforcement officer.

"Not everyone deserves to be a cop in the state of Georgia," said Chris Wigginton.

He’s the executive director for the Georgia Public Safety Training Center who also worked to develop the test. 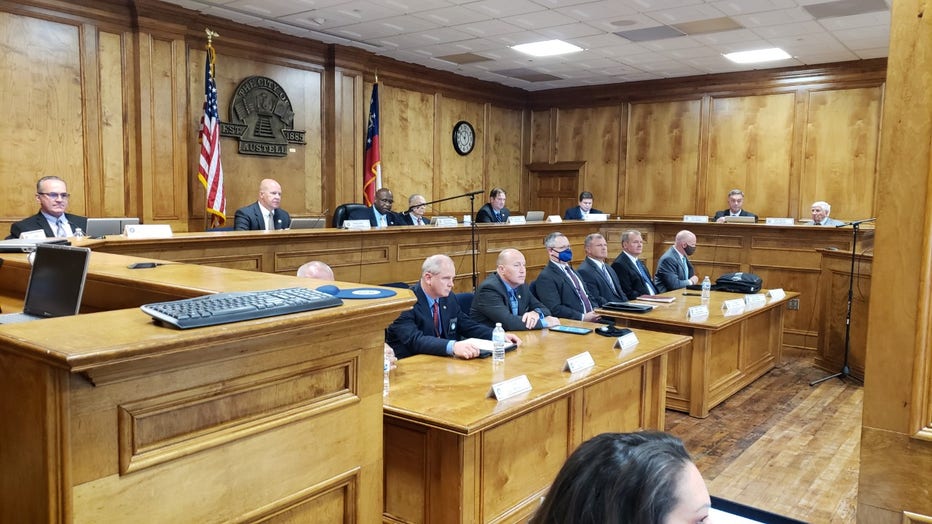 The Peace Officers Standards and Training Council sets policy for all Georgia cops. Would the 22 members reverse their rule about the physical aptitude test?

Wigginton said since the test became mandatory in January, 14% of all recruits have failed. But if you factor in the ones who came back for a second try, the failure rate drops to 3%.

"What this has done is allowed our instructors to spend more quality time with recruits who are going to come back to your agency and will be beneficial to your agency," Wigginton told POST council members during a meeting to discuss the test.

"We’re not spending that 90% of the time with someone that might end up failing anyway."

But some sheriffs complained higher standards have created greater problems. 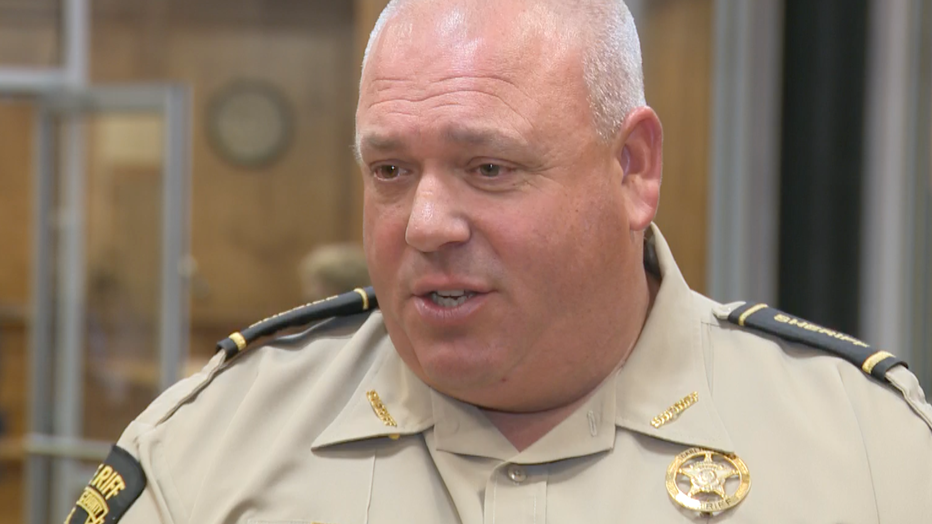 Banks County Sheriff Carlton Speed complained some sheriffs can't find recruits who can pass the obstacle course standard. He asked POST to let them have the entire 11-week course rather than require them pass it before classes start.

"We don’t have people beating the doors down to come to this profession," Banks County Sheriff Carlton Speed complained. Speed is also on the POST Council.

He said some Georgia sheriffs have had difficulty finding recruits who can pass the test, forcing them to consider other applicants who may have drunk driving convictions or marijuana use but can still complete the obstacle course on time.

"Every county in the state of Georgia is struggling to get people to come work for them," he said. "We’re not against physical fitness standards at the Georgia Sheriffs Association."

Speed asked POST to change the rules to allow any recruit to start mandate training but give them until the end of the 11-week course to pass the PT test.

Others in the room seemed to agree there should be some compromise.

"I hope this family, the POST family, the law enforcement family in Georgia can come up with something we can all about halfway agree with, said former POST executive director Ken Vance. "We don’t now." 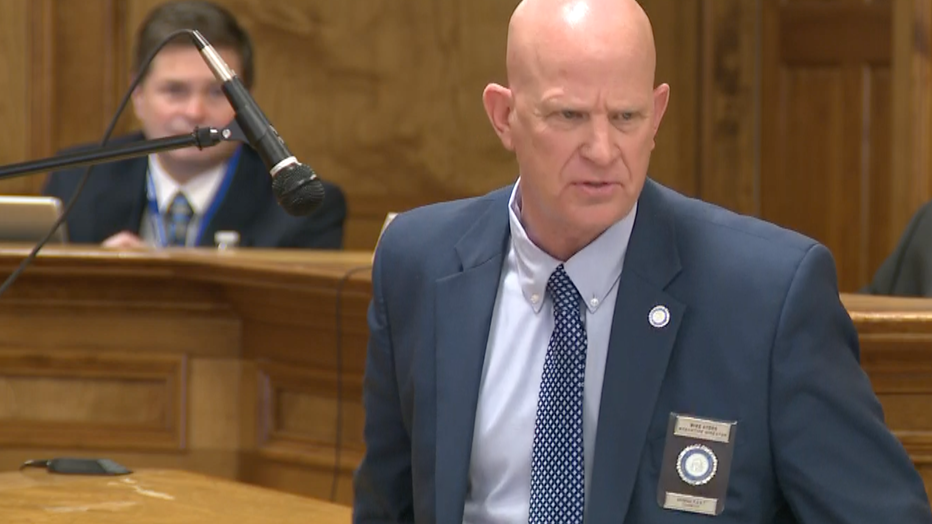 POST executive director Mike Ayers became angry when some suggested watering down the PT standard. He's 57 and he passed the test.

But for current POST executive director Mike Ayers — who spent more than a year painstakingly implementing the new PT program — talk of any compromise hit a sore spot.

"If this costs me my job when it’s all said and done, then so be it," he told the panel. Then, with his voice rising, Ayers said "You know you gotta stand for something! Or you’ll fall for anything! I’m the one responsible for going to that deputy’s family or that officer’s family and explain why they died in mandate training!"

The full POST Council voted. The PT screening standards will not be changed.

"We just have a difference of opinions," Speed said afterward. "I’m looking for some compromise and unfortunately today we didn’t get it."

The next recruit training class starts in April. Time to get in shape.