Last week, the DOJ moved to drop charges against Flynn, who pleaded guilty to lying to FBI agents about his conversations with the Russian ambassador.

In an open letter, the former officials said Barr “once again assaulted the rule of law” and claimed he used the department “as a tool to further President Trump’s personal and political interests.”

“Make no mistake: The Department’s action is extraordinarily rare, if not unprecedented,” the letter reads, published Monday on Medium. “If any of us, or anyone reading this statement who is not a friend of the President, were to lie to federal investigators in the course of a properly predicated counterintelligence investigation, and admit we did so under oath, we would be prosecuted for it.”

The letter was signed by more than 1,950 former DOJ employees who served both Republican and Democratic administrations, according to the statement. It was organized by the nonprofit group Protect Democracy and said signatories “have been vetted to the best of our ability.”

In February, the group collected more than 2,600 signatures of DOJ alumni calling for Barr to resign after he overruled prosecutors in the case of Trump ally Roger Stone, on grounds that they had recommended excessive prison time. 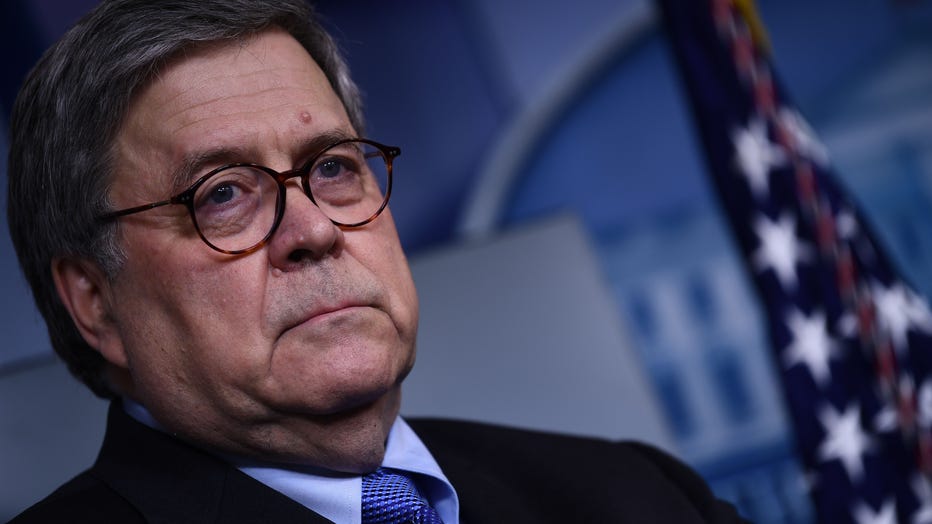 Attorney General William Barr waits in the press briefing room of the White House on March 23, 2020, in Washington, D.C. (Photo by BRENDAN SMIALOWSKI/AFP via Getty Images)

In court documents filed Thursday, the Justice Department said it was dropping the Flynn case “after a considered review of all the facts and circumstances of this case, including newly discovered and disclosed information.”

The department said it had concluded that Flynn’s interview by the FBI was “untethered to, and unjustified by, the FBI’s counterintelligence investigation into Mr. Flynn” and that the interview was “conducted without any legitimate investigative basis.”

The U.S. attorney reviewing the Flynn case, Jeff Jensen, recommended dropping the case to Attorney General William Barr last week and formalized the recommendation in a document on Thursday.

“Through the course of my review of General Flynn’s case, I concluded the proper and just course was to dismiss the case,” Jensen said in a statement. “I briefed Attorney General Barr on my findings, advised him on these conclusions, and he agreed.”

In the open letter, the former officials urged the judge who will need to approve the DOJ's motion to “to closely examine the Department’s stated rationale for dismissing the charges — including holding an evidentiary hearing with witnesses — and to deny the motion and proceed with sentencing if appropriate.”

“While it is rare for a court to deny the Department’s request to dismiss an indictment, if ever there were a case where the public interest counseled the court to take a long, hard look at the government’s explanation and the evidence, it is this one,” the letter reads.

It concludes: “Our democracy depends on a Department of Justice that acts as an independent arbiter of equal justice, not as an arm of the president’s political apparatus.”

Trump welcomed the Flynn action, who has relentlessly railed against the special counsel's inquiry into his 2016 campaign's contacts with Russia — which the Flynn case grew out of.

The decision to dismiss the Flynn case had the effect not only of undoing a key prosecution from special counsel Robert Mueller’s investigation of Trump's winning campaign, but also of sparing the president from having to make a politically charged pardon decision in the current election year.

“Bill Barr is a man of unbelievable credibility and courage," Trump said during a Friday telephone interview on FOX News. “And he’s going to go down in the history books.”

House Speaker Nancy Pelosi agreed about going down in history, but for a different reason. She said, “Attorney General Barr’s politicization of justice knows no bounds.”