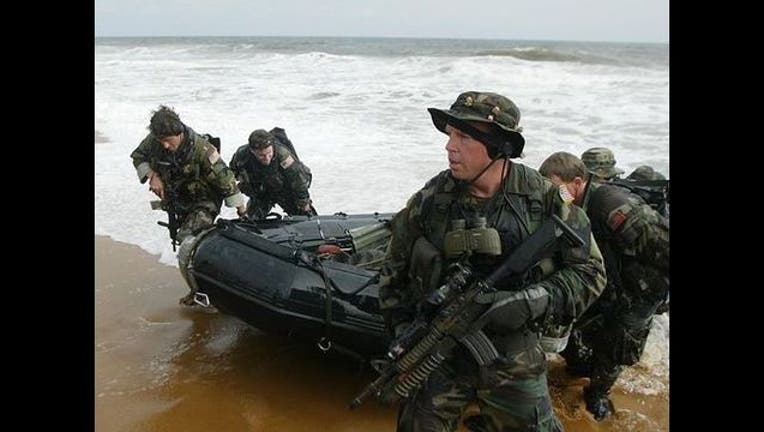 ATLANTA, Ga. - The Navy is planning to open its elite SEAL teams to women who can pass the grueling training regimen, the service's top officer said Tuesday in an exclusive interview with Navy Times' sister publication Defense News.

Adm. Jon Greenert said he and the head of Naval Special Warfare Command, Rear Adm. Brian Losey, believe that if women can pass the legendary six-month Basic Underwater Demolition/SEAL training, they should be allowed to serve.

The push to integrate the storied SEAL brotherhood is coming on the heels of a comprehensive review led by Losey, the head of Naval Special Warfare Command, that recommended women be allowed under the same exacting standards required of male candidates. The Army and Air Force are also moving to open all combat jobs to women, according to officials who spoke to the Associated Press. It's believed the Marine Corps may seek to keep its ground combat jobs, including the infantry, male-only.

The move to integrate the military's most storied commando units comes the day after news broke that two women had passed the Army's arduous Ranger course. Nineteen women began the course, which has about a 45 percent passing rate.

The Navy has said it is on track to open all ratings to women by next year, but this is the first indication that the SEALs are leaning toward accepting candidates. Greenert didn't specify a timeline for allowing women candidates into BUD/S training.

For more see The NavyTimes